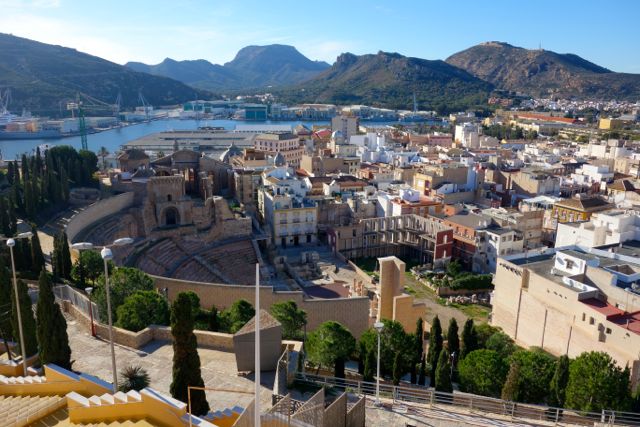 The name Cartagena stuck in my mind as being of historical significance, but the nature of its importance eluded me.  Though not mentioned in our guidebook, we decided to follow the Spanish coast down from the small town of Denia to check it out.  What we found more than rewarded our efforts.  With a history stretching back thousands of years, this small city nestled into its surrounding hills and butted up to a natural bay makes a great place to visit for those interested in history. 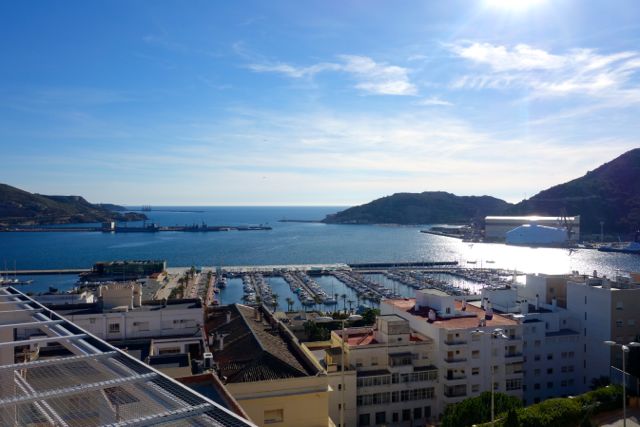 Though there is evidence of earlier settlements in the area, the Carthaginians were the first to recognize the bay’s inherent strategic qualities as a port on the Mediterranean, which they added to their trading empire in the 3rd Century BC and called Qart-Hadasht.   In addition to the port, the mountains around the region were loaded with mineral resources, including lead and silver.  These North African rulers built a walled city with a gate on the bay that had excellent defenses.  Parts of this original wall are visible in an excellent museum that artfully tells of the early Carthaginian rule of the city.  Also in the museum was a Christian crypt that had been built over the top of the wall in the 18th Century. 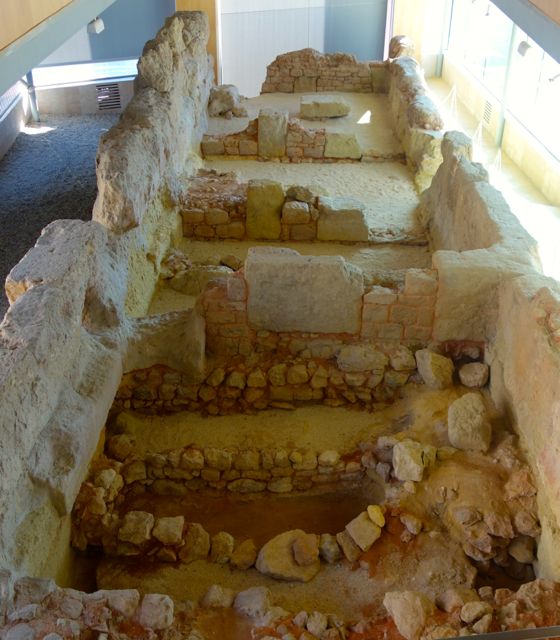 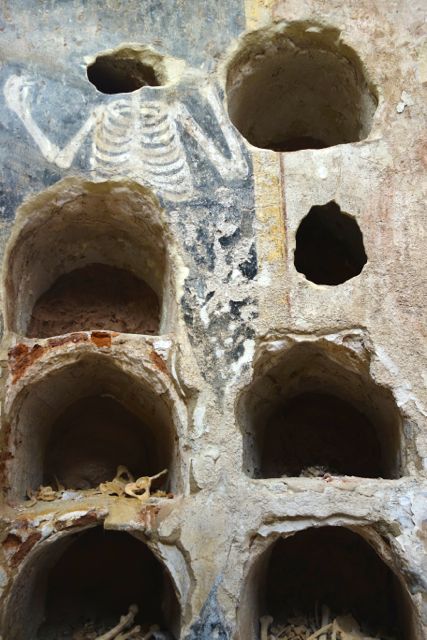 Carthaginian rule did not last, though, as the city fell to the Romans during the second Punic War, but only on their second attempt at taking it.  Being a military power, the Romans recognized the value of the port, and developed their Carthago Nova during the 3rd Century BC to the 5th Century AD.  Throughout the city are remains of their construction, including baths, a forum, an Augusteneum (temple to the cult of Emperor Augustus), and a theatre.  This last was an amazing site owing to the archaeology that has taken place to recover it.  From a modern day collection of abandoned lots with a few crumbling walls and a 18th Century bombed out church, five layers of history were uncovered down to a Roman theatre district built during the reign of Augustus (31BC-14AD).  Excellent computer simulations showed each of these successive layers, and the museum documented them with various pieces uncovered during the excavations. 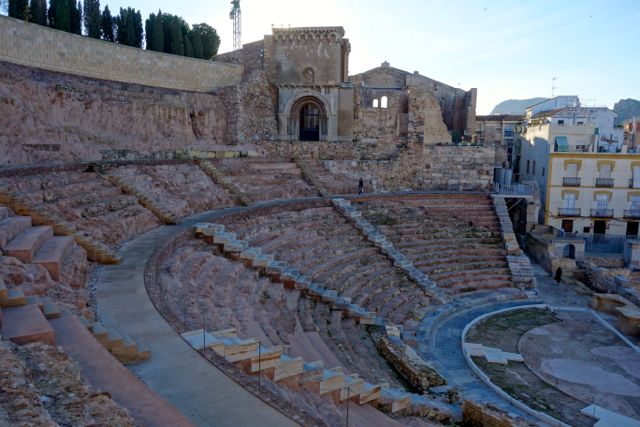 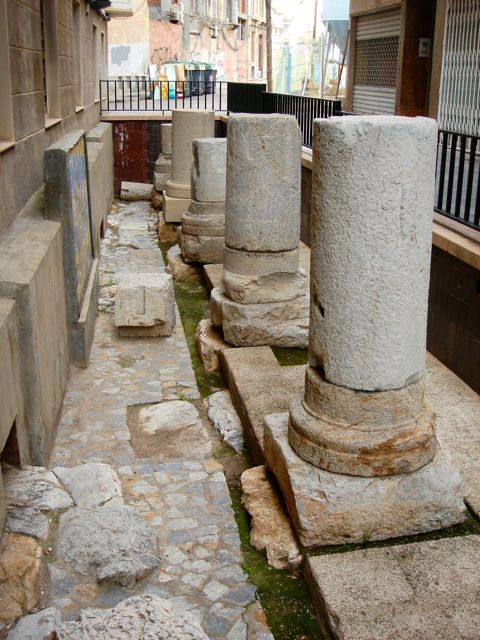 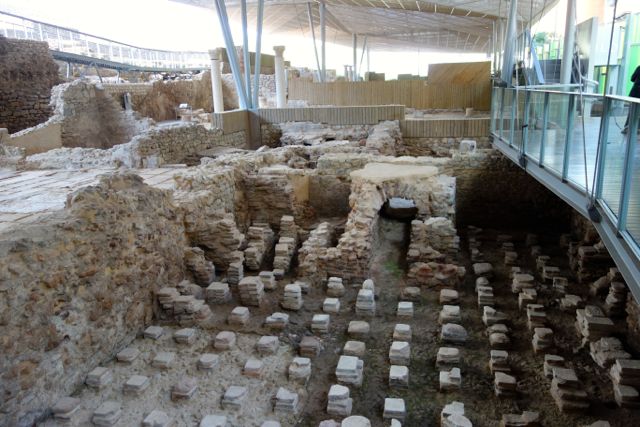 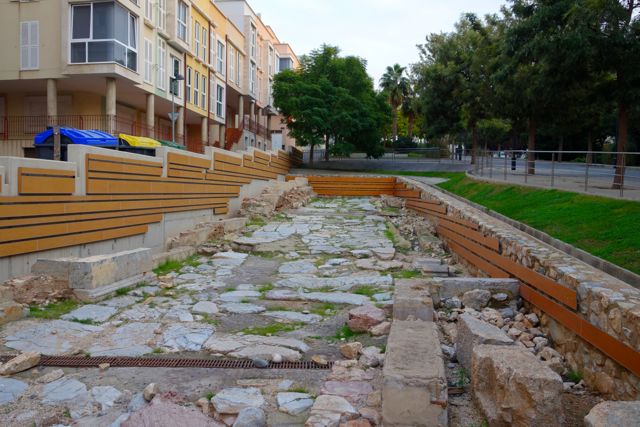 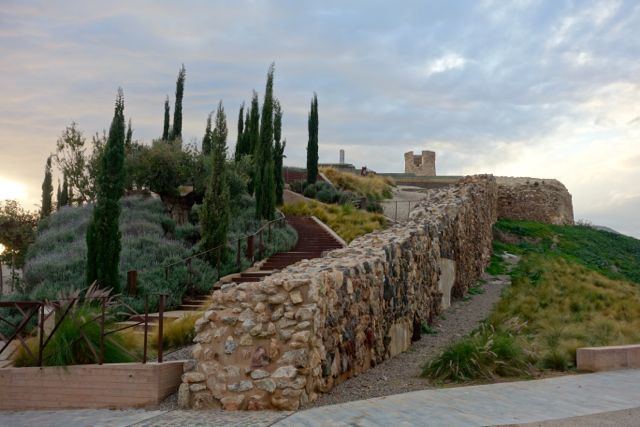 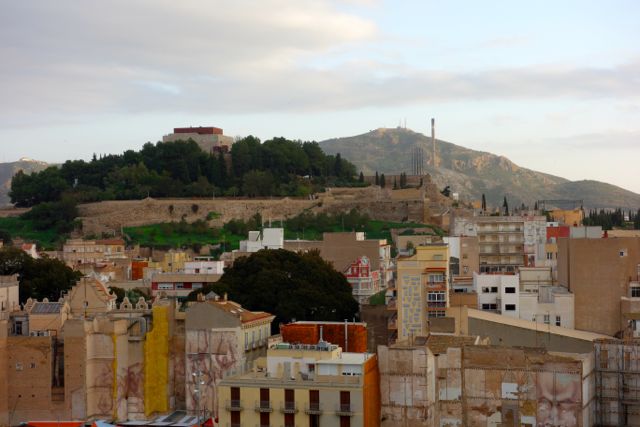 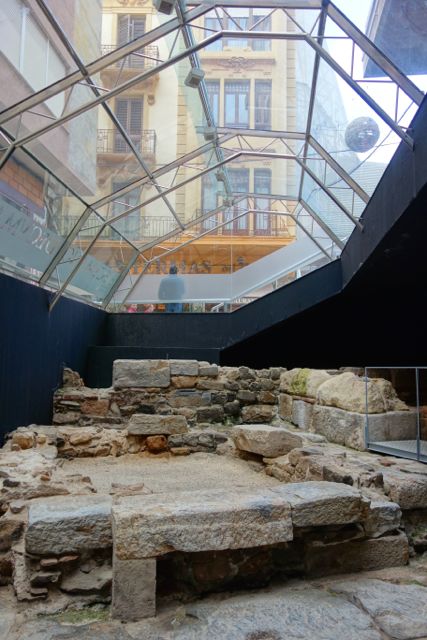 The museum’s main attraction is the partially restored theatre, which is reached via a tunnel under the church that displays the remains of a Roman villa.  After the Roman period, portions of the theatre were modified to be part of a Byzantine era market place.  These in turn were turned into Muslim dwellings, before becoming a fishing district due its proximity to the port.

It was amazing to see these successive layers and imagine all the various lives that had been lived in this space, and as you wonder what else might be underfoot, you come across places where the new is layered right over the old.

In the modern shopping district at the center of town, there is a balconied area that opens on to a Roman road that lies just underneath the current road, and below a commercial/residential building is the Decumano, a Roman era street that has been preserved as part of the nearby museum complex.  On the hill behind this museum is a park that contains the remains of the city’s Roman Forum and temple as well as the defensive wall built by 16th Century Holy Roman Emperor Carlos V.  In another part of town are the remains of a Roman road that lead up to the 18th Century bull fighting arena, which happens to be built on top of the remains of a Roman Coliseum. 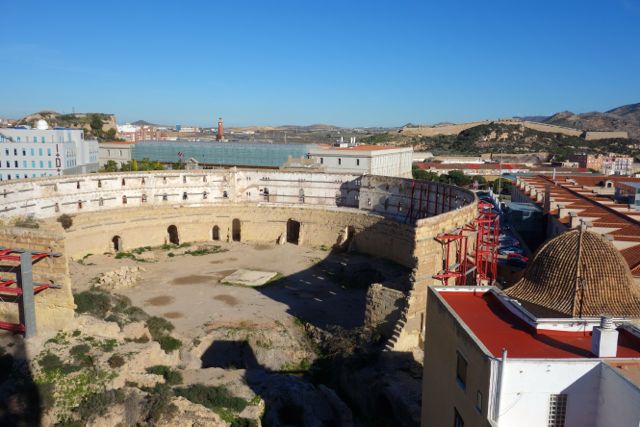 The center of the city is dominated by a medieval-walled complex perched on a hill only a short distance from the waterfront.  The castle fortress at the top are the remains of the Muslim period, though there had been other defensive buildings before it, and it had been reworked over the centuries to serve each new generation’s needs for security.  Despite its strategic port and mineral wealth, Cartagena disappeared from the records of the various kingdoms that occupied it several times over the course of its history.  At one point during the 14th Century, there were only about 500 people living here.  However, an area with this type of geography was bound to rise again. 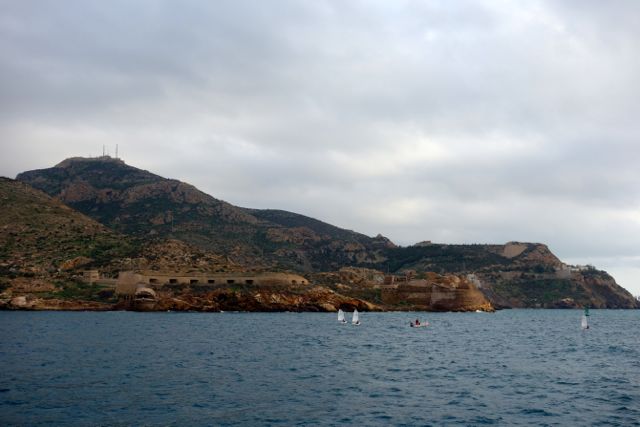 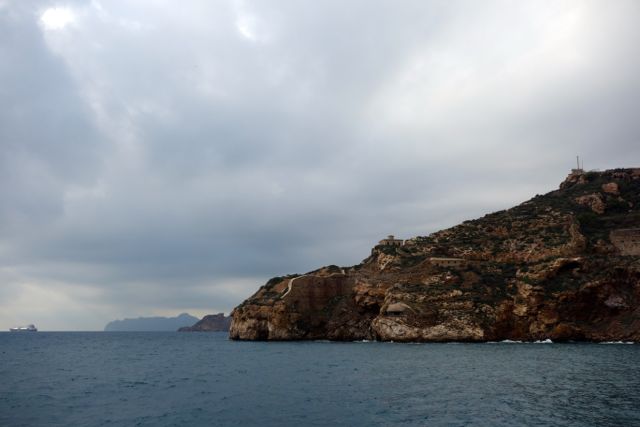 Whereas some places have become ghost towns whose ruins attest to their once great pasts, Cartagena’s superlative natural bay, which was protected from weather, easily defensible, and strategically located on the Mediterranean, and the region’s natural resources of silver and lead mining that have been going strong for millennia and continue today, made it desirable to multiple cultures throughout the ages.  Though the city sank into obscurity, new peoples would recognize its natural gifts, and resurrect it again to greatness.

Travelers to this small city can still find vestiges of these former incarnations hidden around every corner and at the tops of its multiple hills, and imagine all the history that has taken place here over the past several millenia, while modern Spain continues to mine the hills and house the Spanish Armada within its port.

-by Aaron, photos by Tammy