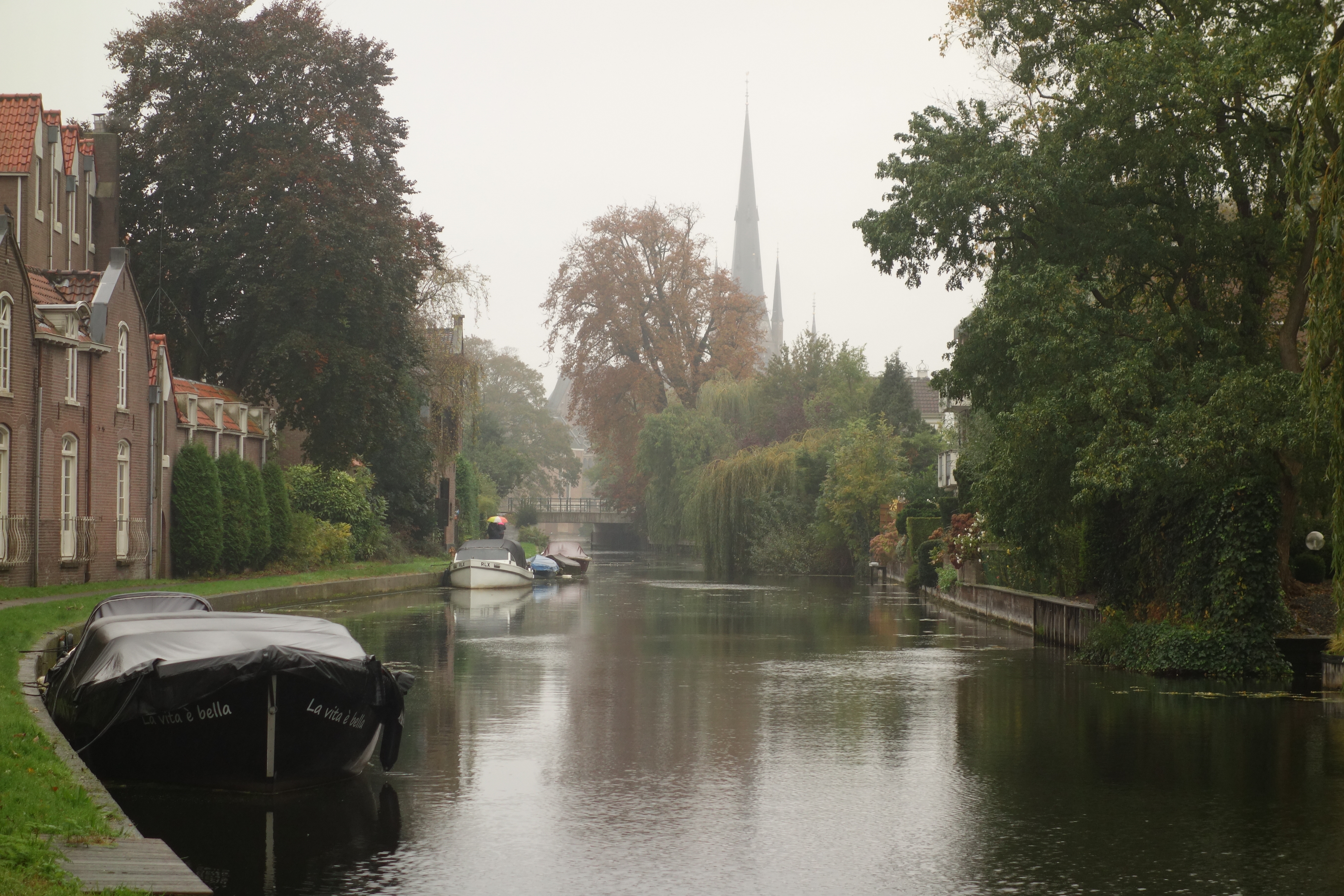 We were introduced to mainland Europe by Donna Turner, owner of Turner Cars and Campers, a camper van brokerage service located in Utrecht, Netherlands, that assists foreigners in purchasing, registering and insuring camper vehicles.  We could not have done this without her!  She recommended that we stay at Batenstein campground just outside Woerden (pronounced somewhere between “weird-en” and “warden”).  Wow! Did she steer us right.

This lovely town traces its roots back to Roman times, and boasts a Roman boat that was recovered from the network of canals that ensnares the central area.  Even better than the lovely town are its people, who were friendly and out-going and helped us out when we were in need. 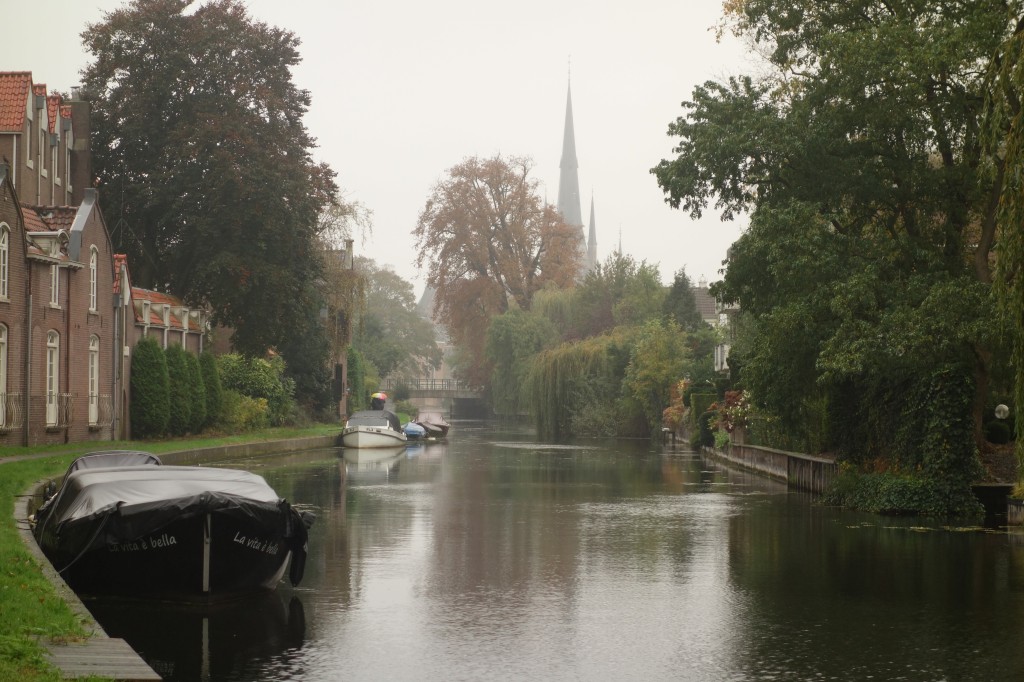 Canal surrounding Woerden with church in the distance 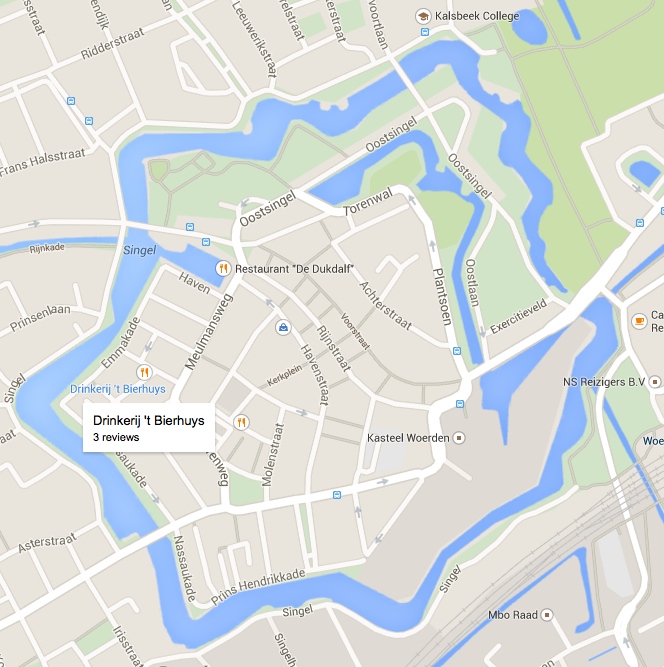 The village center is located within a star-shaped canal and has a castle and churches dating as early as the 1600s.  The town center is also home to one of the quintessential Dutch windmill, which was built in 1755 and used for grinding flour.  Strolling its lanes really gives you the flavor of the old as well as the modern Netherlands.  Specialty shops boast cheeses, meats, baked goods, along with hardware stores, house good shops and the like.  We also visited the town library, which felt like the library branches I worked on in the US.
Unbeknownst to us, the day after we arrived the entire village was in an uproar as they prepared for the biggest event of their year, the Festival of Cows!  In reality, it is a local fair to recognize the cows in the region, who play a role in the sizable local dairy economy.  There is a bicycle race, similar to our native Redmond’s Derby Days, and a large carnival and entertainment event.  It takes place during the local schools fall break, so everyone is in vacation mode.  Despite rainy weather, the locals turned out in force to watch the race and partake in the festivities. 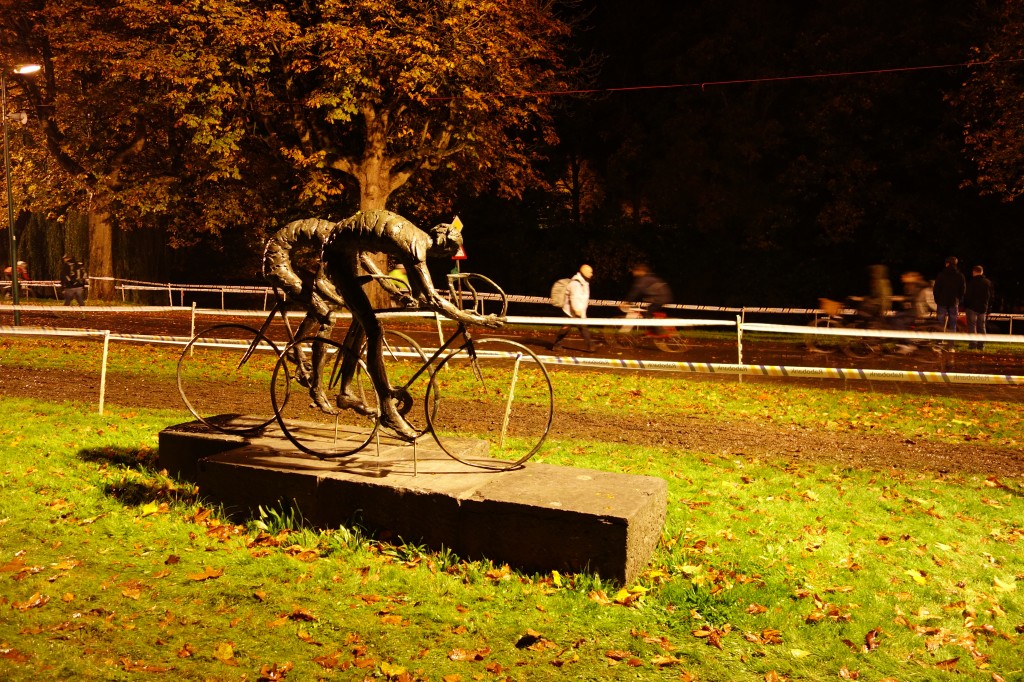 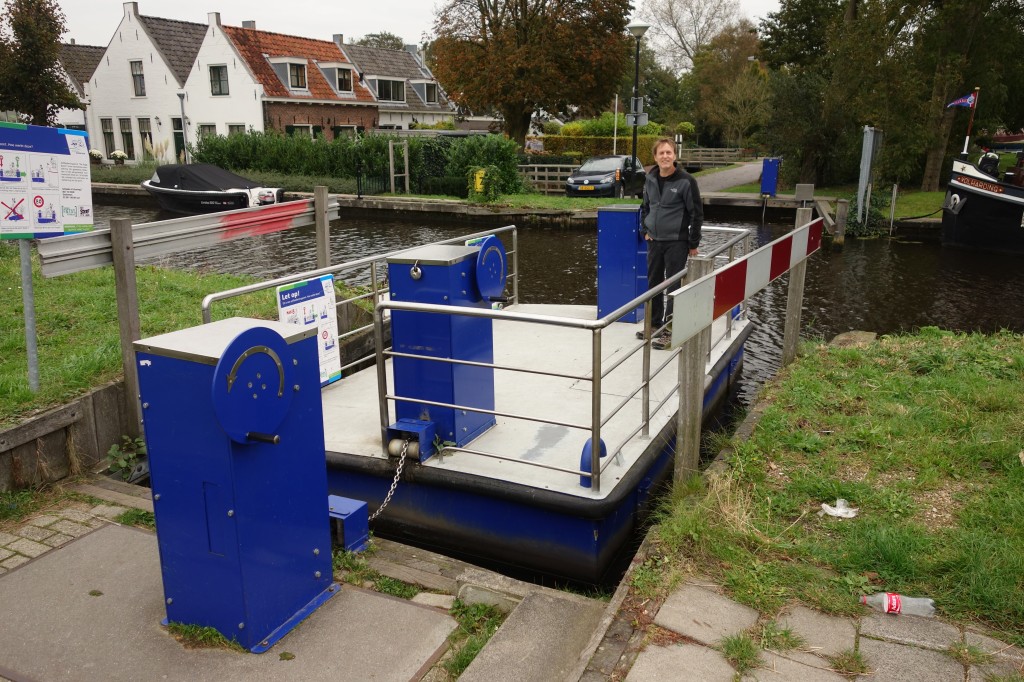 Just outside of town is a verdant landscape, flat to the horizon, but dotted with small outposts of trees.  We enjoyed long walks in the countryside where we easily recognized the inspiration for the landscape paintings of the Dutch masters. Swans and harlequin colored ducks floated across the water as we passed one lovely farm site after another. 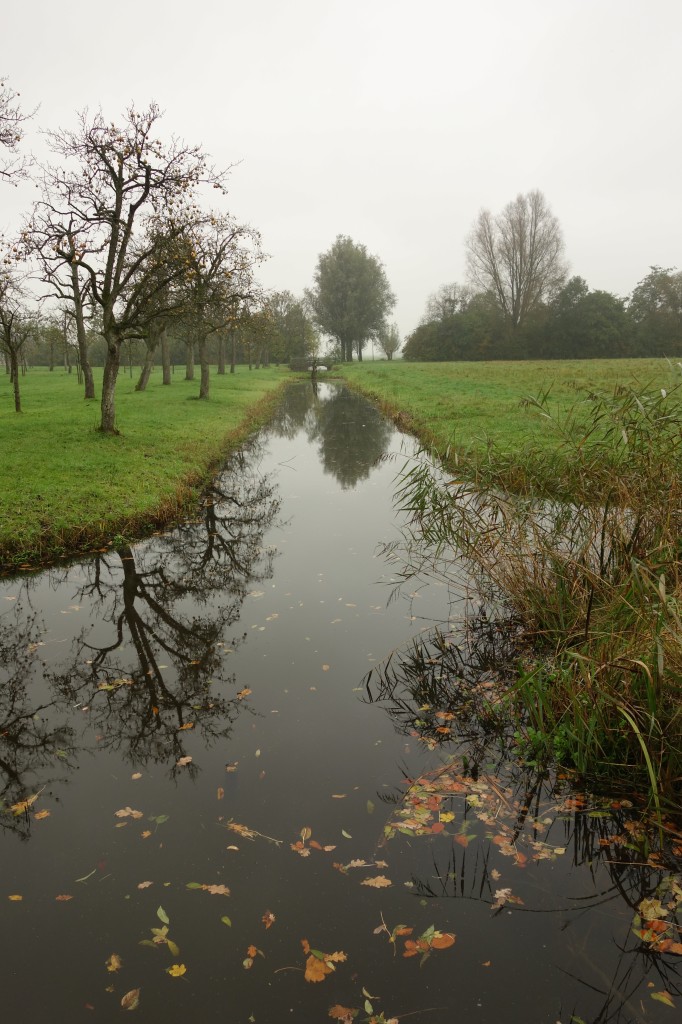 We became concerned as we walked since we needed to get over the canal in order to make our way back towards the campground.  Then we happened on a piece of Dutch ingenuity.   At first what appeared to be a dock upon closer inspection turned out to be a tiny ferry that crosses the canal using chains and cranks.  Tammy and I jumped aboard and began cranking.  We made our way slowly across the canal to wind up at the end of s’Gavensloot Road (pronounced something like “SKrovenslot”), one-lane track flanked by canals that guards beautiful houses backed up to farmland.  The misty weather provided the perfect backdrop to our stroll through the dutch countryside. 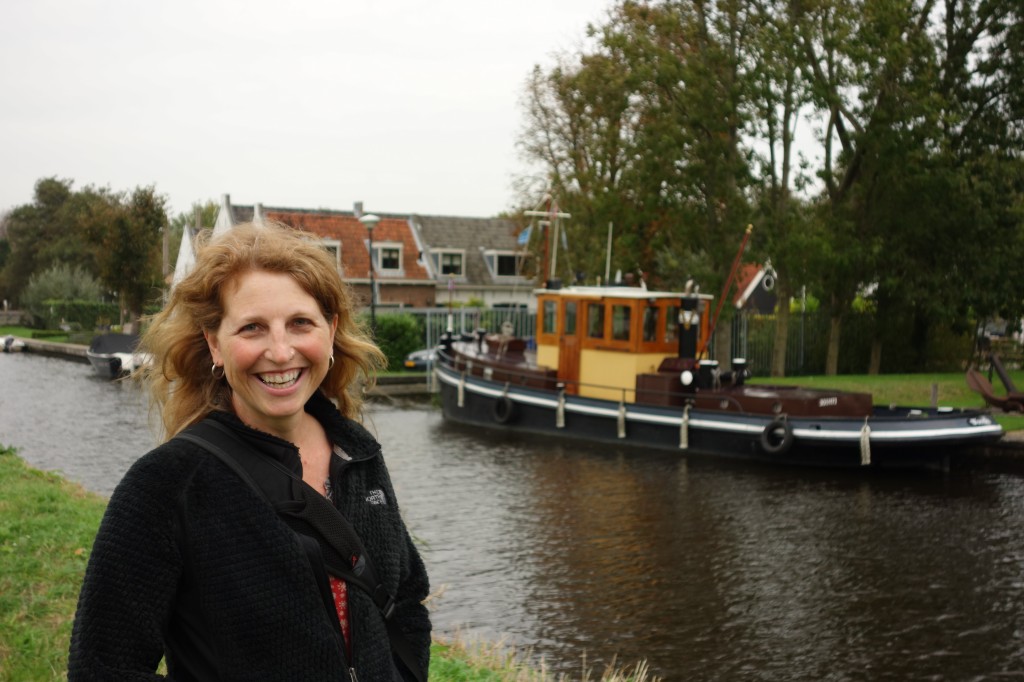 Woerden is a wonderful place that has friendly people who are easy to engage, lovely landscapes, and great charm.  There are over twenty B&Bs in the area, which would be a great way to enjoy the Netherlands.