Out of and Into HOT WATER! 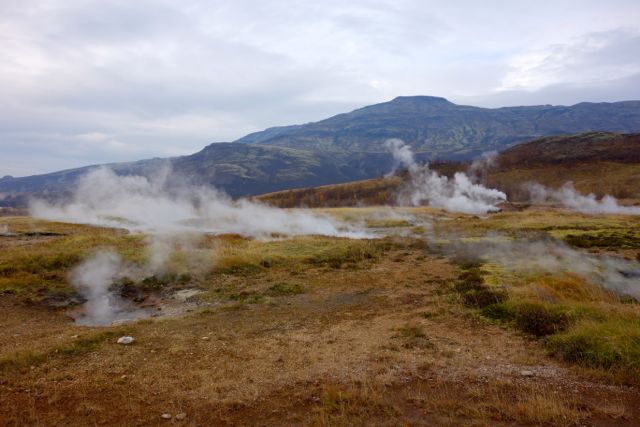 In planning our visit to Iceland, one of the things I looked forward to was visiting a geothermal power plant, something I had been interested in for some time since the health of our planet hangs in the balance.  As our world becomes increasingly enamored with electronic devices, we need a way to provide the additional energy to power them.

Similarly, when people make the switch to electric cars, it seems to only shift the power demand from one source, gas, to another, electric, and in the US, about a third of our electric power is produced from coal and gas, so I am left wondering what we have gained.  Similar to bikes in the Netherlands, a cultural alternative solution in Iceland takes the form of geothermal energy.  This small country sits atop the mid-Atlantic rift, the point where the North American and the European tectonic plates are separating, which means there is much volcanic activity and magma close to the surface.  This presents the perfect opportunity to tap the earth’s heating plant to do some work for mankind. 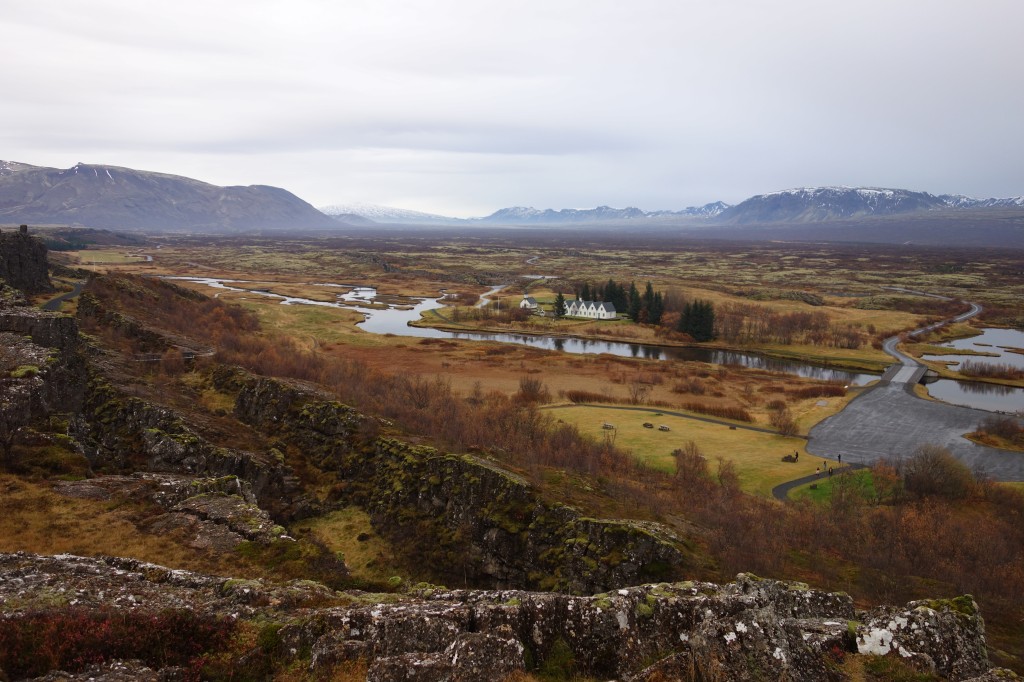 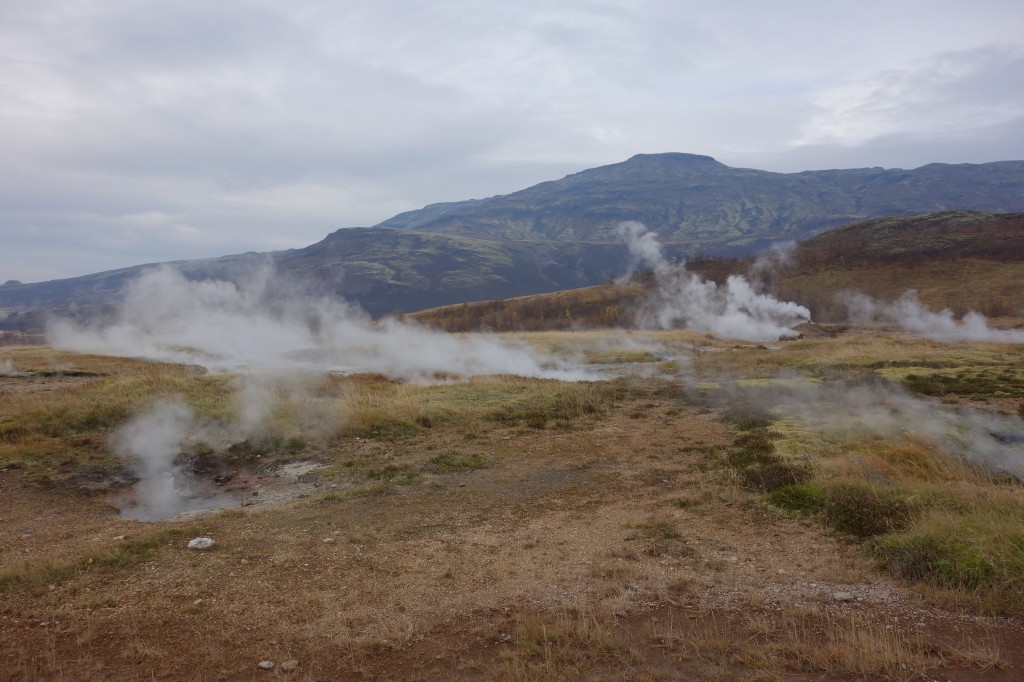 Given our limited time in Iceland and the cost of car rentals, we took the advice of others who had visited previously and booked tours to see the highlights of the country.  Unfortunately, the tours we could choose from were only supposed to visit one of the green houses in which the country grows much of its produce, powered by geothermal energy of course. I tried to find out how I might just visit the power plant on my own by taking a bus, but unfortunately it was remote enough that I could not do so, and I had resigned myself to not being able to see one.

As fortune would have it though, we found out that we would be stopping at the power plant instead of a green house.  The plant, Hellishiedi Power Plant, did not disappoint.  It has an extensive visitors’ area with nice demo displays, a turbine viewing area, and some great educational shorts that discuss geothermal power.  For better or worse, I found myself wanting more info and to spend more time due to my interest, but alas, we were on a tour.  To hear some of what I discovered, read on.

The metropolitan area of Reykjavik, where two thirds of the Iceland’s ~300,000 residents live, is nearly entirely powered by geothermal energy, as is 95% of the entire country.  Highly acidic, mineral-laden, superheated water (230 degrees C!) is brought up and used to heat fresh water from nearby springs, an indirect process which saves having to treat the water.  The heated fresh water is used to drive steam turbines for electricity and supply hot water for washing and showers as well as nearly universal hot water radiators for heating.  Though the 82 degree C water travels 27 Km from the plant to town, it only loses 2 degrees in temp traveling in the super insulated pipes.  For the Icelanders, this means energy is inexpensive and abundant, and best of all, clean and sustainable. 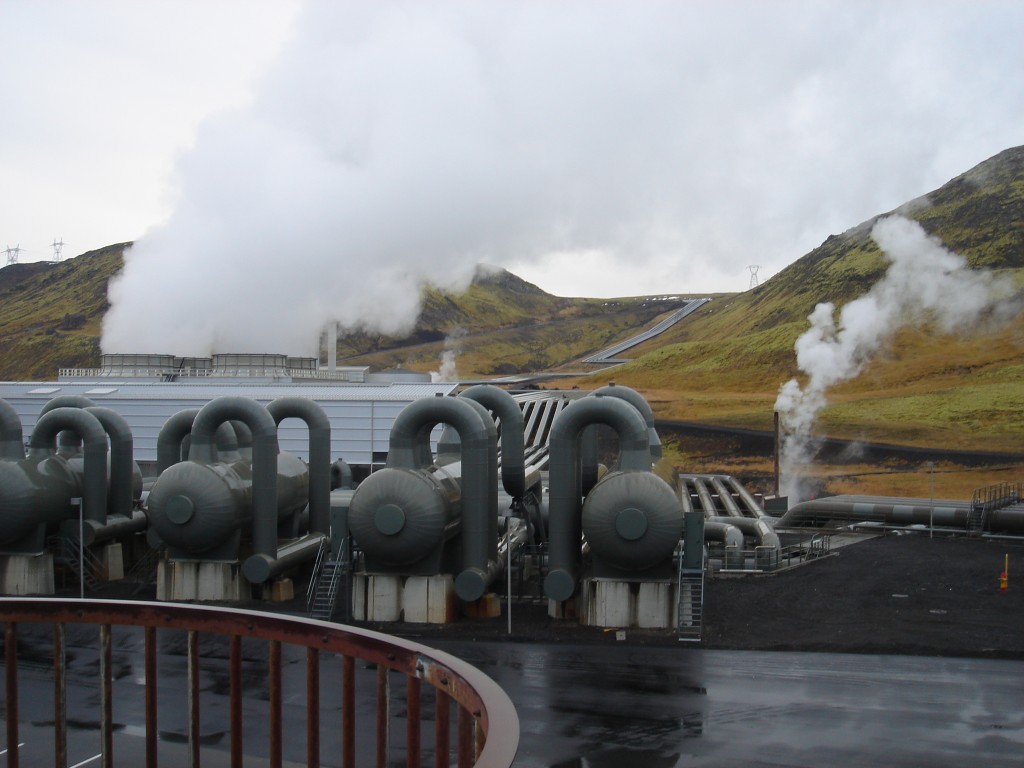 This abundance is readily apparent in local practices.  Being somewhat thrifty, we usually keep our house on the cooler side and wear more layers.  In Iceland, we regularly found indoor temperatures pretty warm as did some of the locals, who just open a window to cool things off.  Many shops just have their front doors left open despite chilly temps.  The hot water is also used in underground systems to keep roads and sidewalks clear of ice and snow.  No more shoveling the driveway or slipping on the ice!

Another possible benefit of this alternative energy is hot springs baths.  On our trip to the Blue Lagoon, a well known spa bath close to Reykjavik with therapeutic properties, we were told that it is the result of the operations of a nearby geothermal power plant. 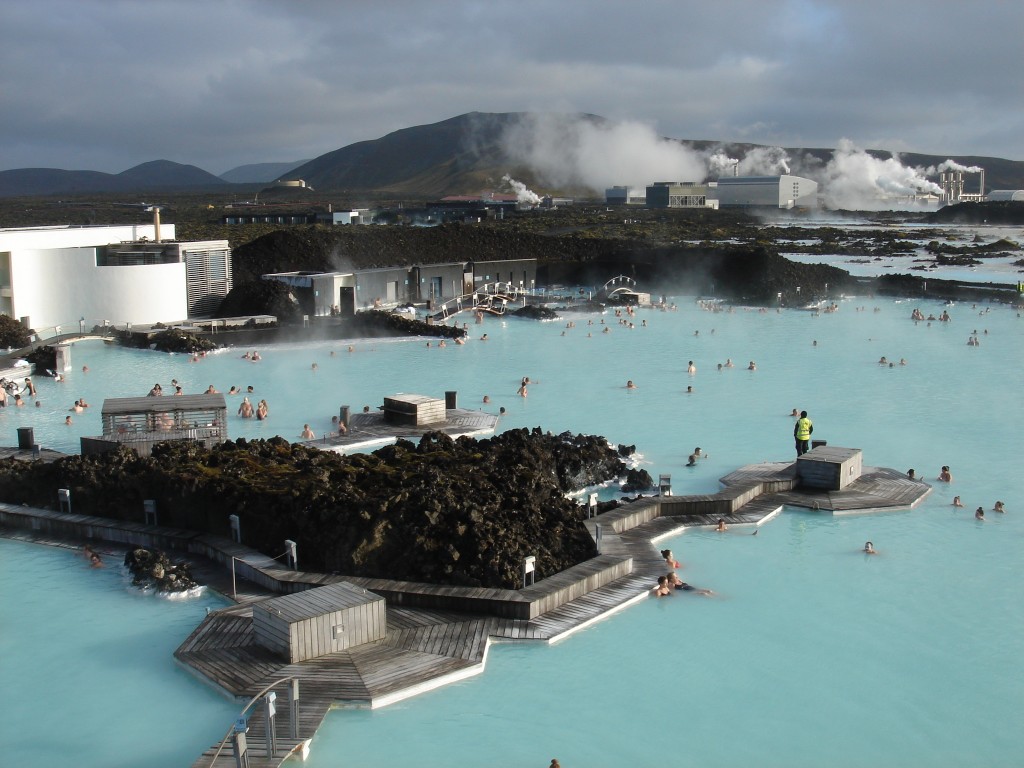 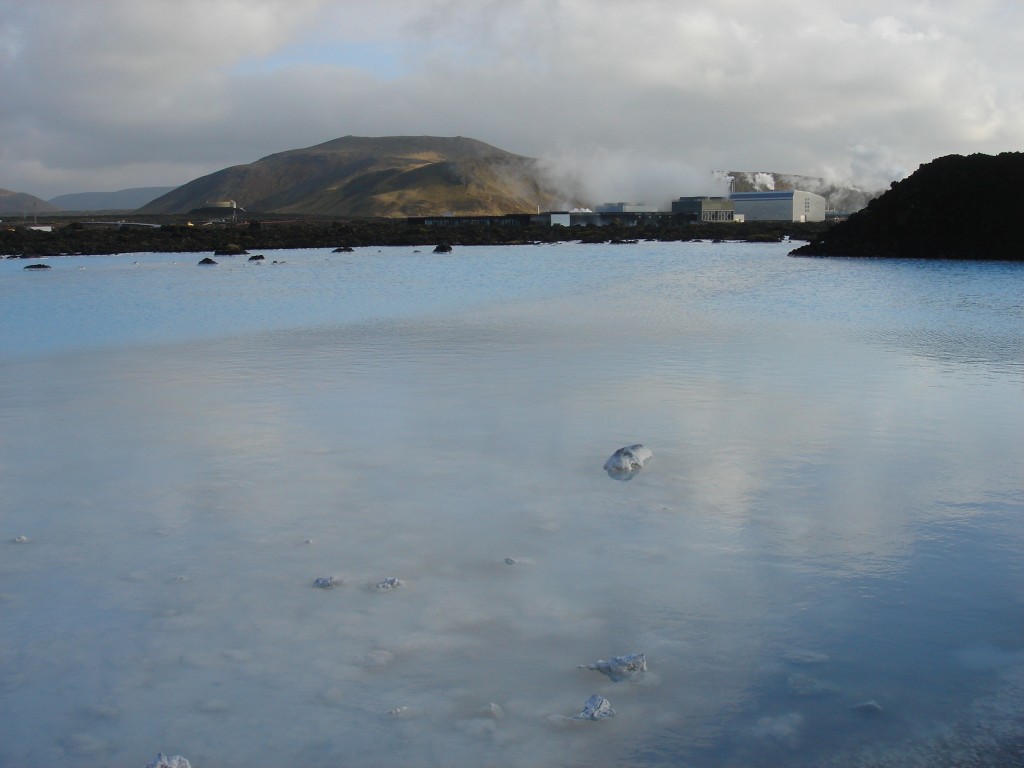 The country’s successful use of this natural resource has made them experts in the field, and they advise the UN and other countries interested in utilizing the same resource in other parts of the world.  Their are many volcanically active places on the Pacific Rim and elsewhere that may be able to tap the potential of geothermal power.  Having a clean, sustainable energy source to feed the ever growing demand of our device-laden world could possibly help reduce the CO2 levels in our environment.  We could potentially get out of the hot water that is global warming by getting into the hot water of geothermal power.