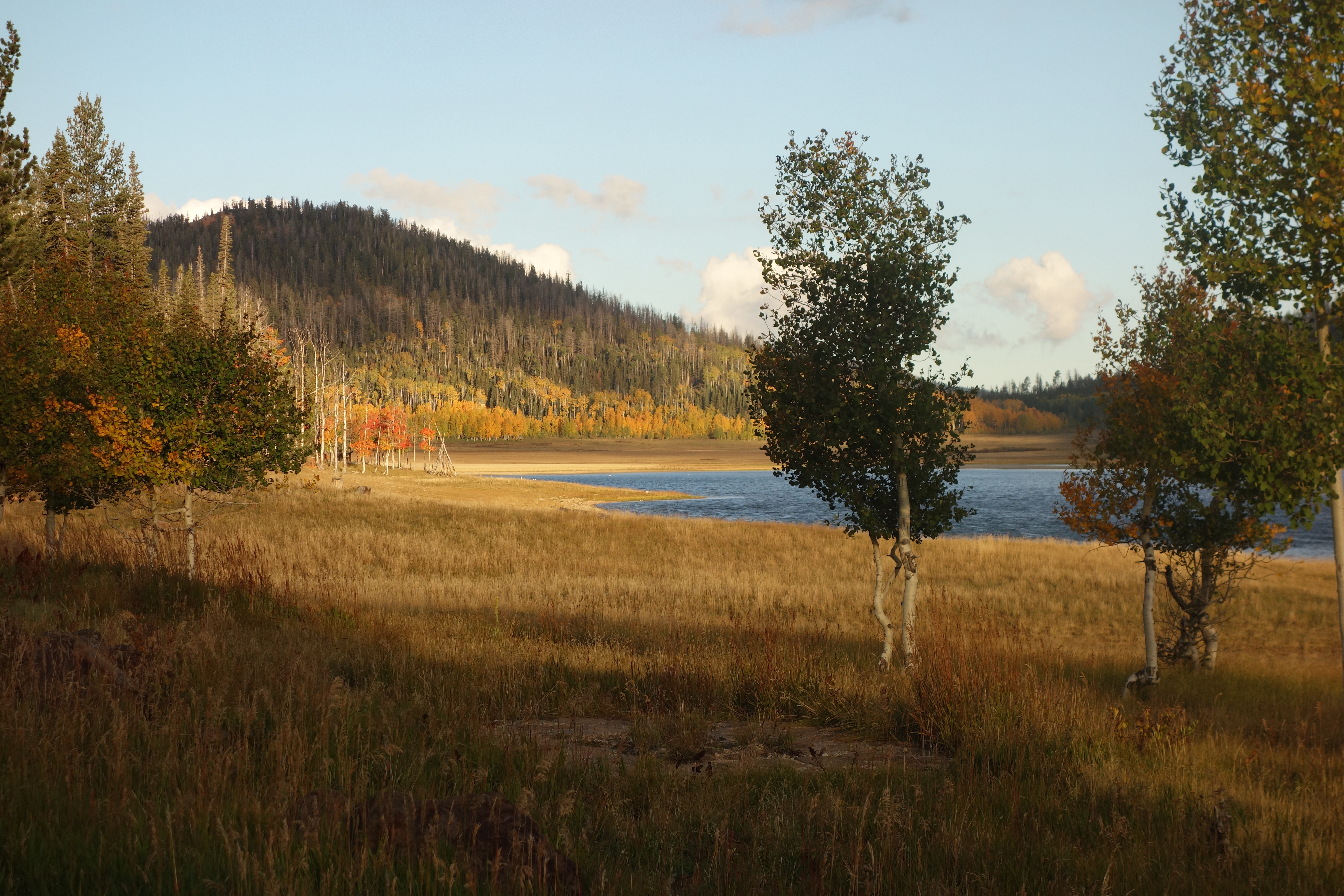 The region we descended through traveling from Navajo Lake to our entry point on the Colorado River at Lee’s Ferry is another of those under appreciated areas of the Southwest.  As we entered Arizona (my first time in this state!), we skirted the Vermillion Cliffs, a magnificent sandstone cliff face of varying colored layers carved into canyons and buttes.  This area is as impressive as Bryce or Zion, but you don’t hear about it much. 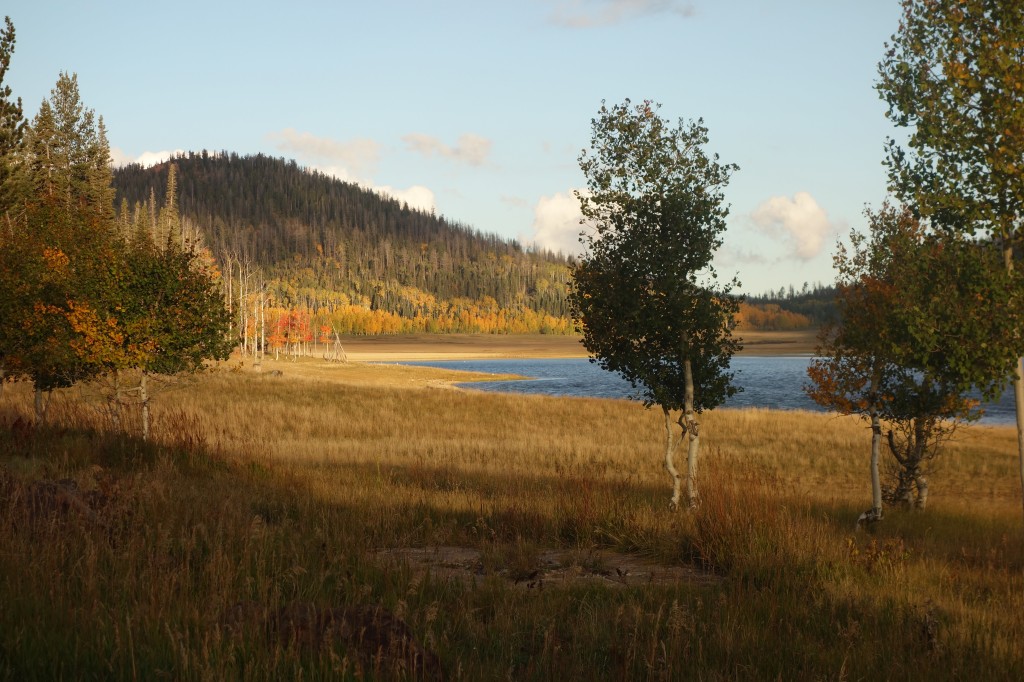 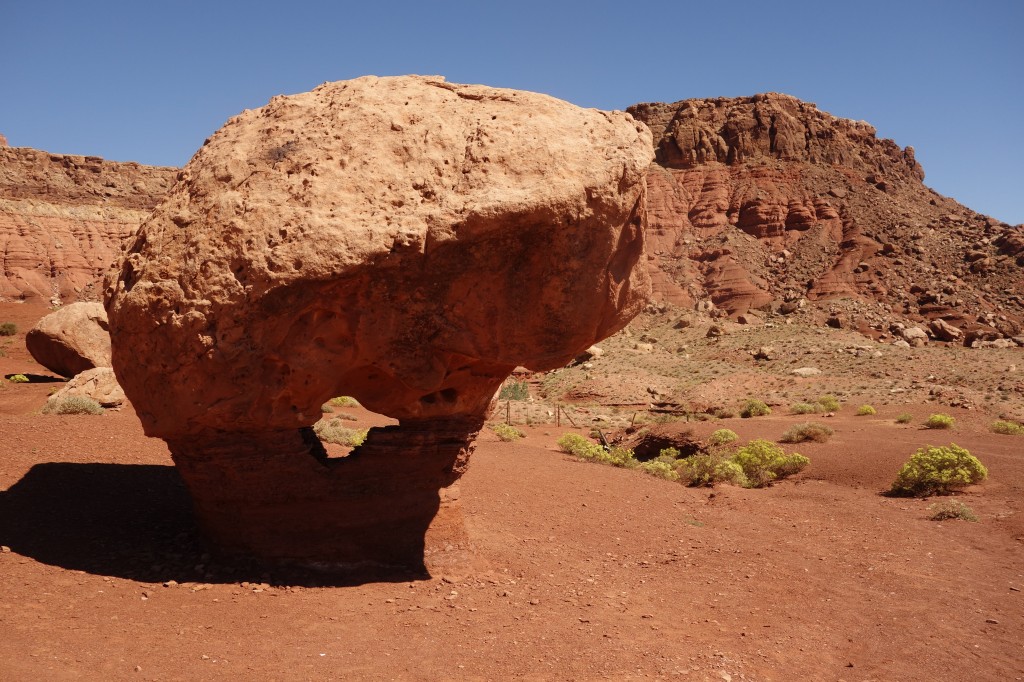 As we crossed over the Colorado on our way to Flagstaff to meet family for a weeklong Grand Canyon rafting trip, we caught a glimpse of the starting point for the aquatic part of the trip, a little preview to help us anticipate the week to come.  The reason for this journey is bittersweet.  As mentioned in another post, my parents had floated the Grand Canyon four years previously and had loved it.  For my Dad’s 70th Birthday and my folks’ 50th Anniversary celebrations, they had arranged for the family to raft the Grand Canyon together.  Unfortunately, my father lost his battle with cancer in May of this year.  Being the oldest grandchild, Mali took my Dad’s place, affording her a once-in-a-lifetime experience.

Our route from Navajo Lake took us through multiple layers of rocks from the youngest on the Colorado Plateau to its middle age, and the raft trip would continue this descent to some of the oldest rocks on the planet.  It was like traveling in a time machine reading the story of the earth as written by its formation.  We have several geologists in the family, including mom, and a lot of amateurs like myself who really appreciate seeing the evidence of geologic processes on the land.  The next week would be GREAT! 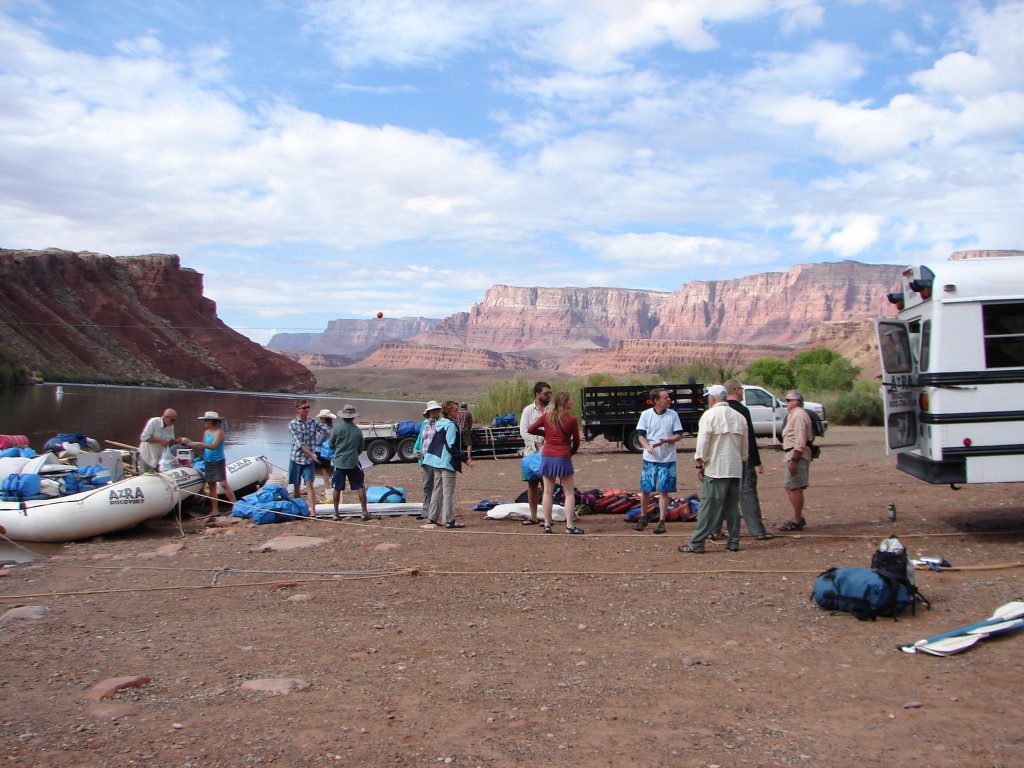 Managing all the logistics of a wilderness boat-camping trip and complying with the many protective rules and regulations that govern activities in the canyon takes a lot coordination, which is why using a guide service is a great way to go.  Our family used AzRA, which guides multiple trips through the canyon throughout the spring, summer, and fall season and is masterful at keeping things running smoothly and providing a wonderful experience.

The family converged in Flagstaff to attend the mandatory pre-trip meeting where we met the other members of our expedition and received the dry bags that would hold our gear for the next week: one for day use, one for everything else.  There would be 5 rafts in all for 24 people, including the guides who numbered one per boat.  Four of the rafts were rowed and the last raft was powered by 6 paddlers.  At Lee’s Ferry with boats packed, we launched on a descent of only 600 ft. elevation to our destination, but a journey of 1.8 billion years of earth’s history.

Though the river loses only small amount of elevation, the canyon walls would rise around us from about 100 ft. to over a mile in height.  The Colorado Plateau, a large hunk of the earth’s crust that has been uplifted by powerful forces in the mantle, is what makes up the various natural wonders we had been visiting in the Southwest.  It is lifted at an angle, which is why it gains so much elevation over the course of our 86 mile float.  Our guides described it as butter being pushed up under a hot knife (the river), which incises the canyon into it.

We would travel through nine layers of sediment laid down over millennia until we reached the “non-conformity,” a gap in the geologic timescale that jumps from layers of sandstone hundreds of millions of years old to igneous rock reaching back nearly 2 billion years, a whole other layer of volcanically formed mountains that had grown up and been worn away.

This really brought home the Buddhist notion of impermanence for me.  Not even mountain ranges survive.

-by Aaron, photos by Tammy and Sue Oesting