“The Dutch Got it Goin’ On” 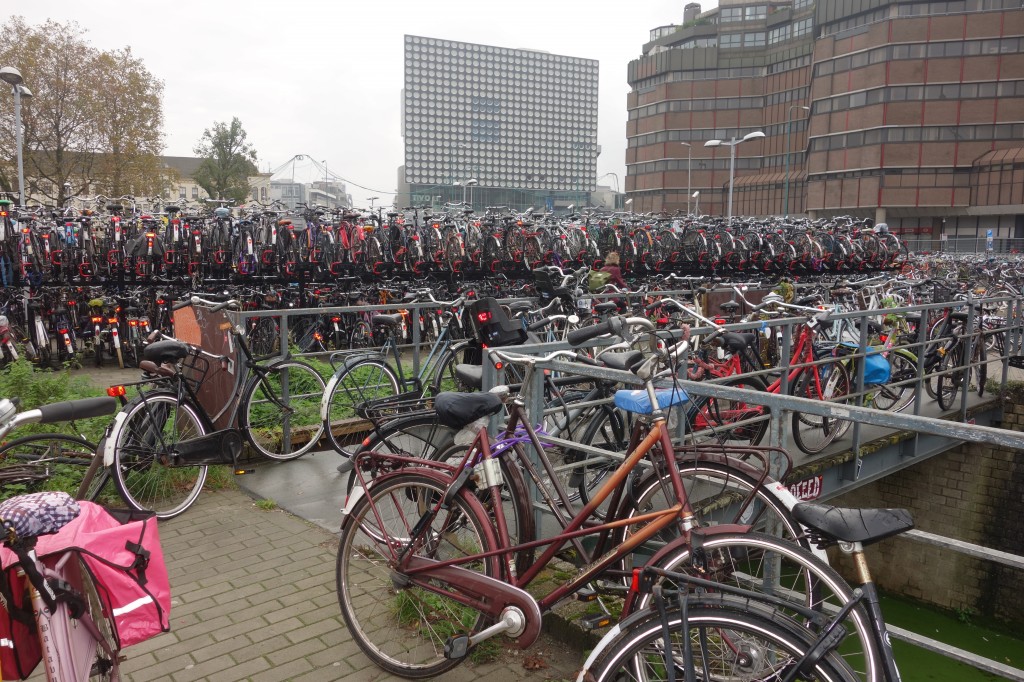 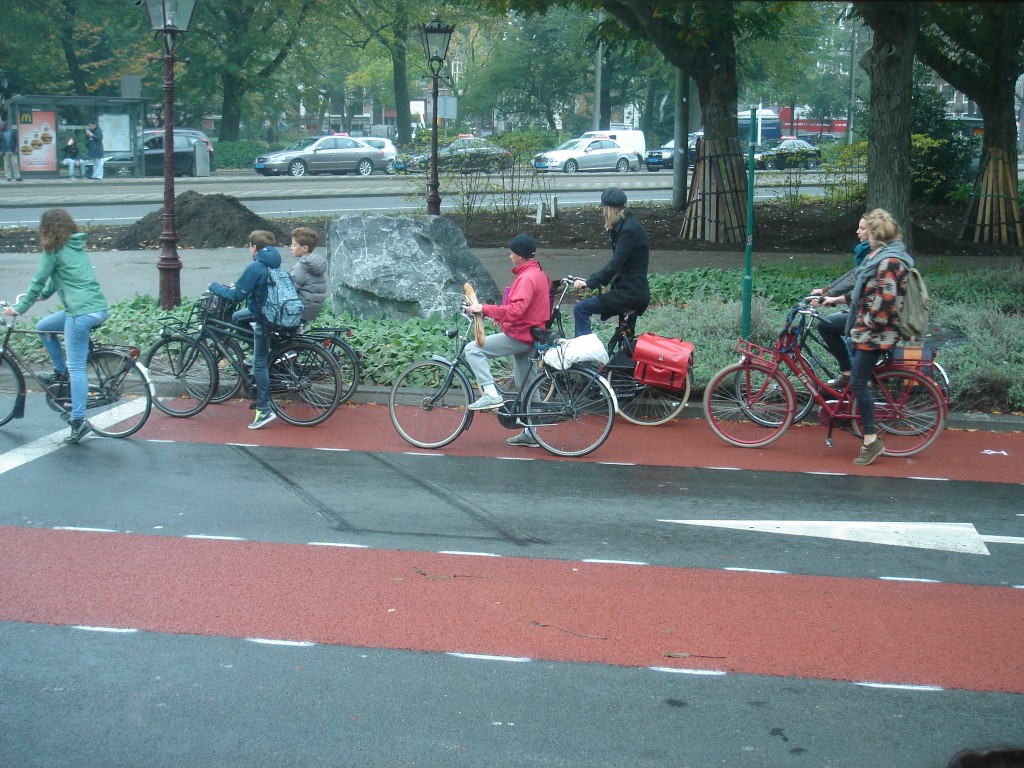 An aspect of traveling that I enjoy is seeing another culture’s alternative solution to a problem.  This was no where more apparent than the Dutch solution for around-town transportation: the Bicycle.    As my daughter said, “The Dutch got it goin’ on with commuting!”  Bikes were everywhere when we arrived, on every path and down every street.

Throughout the cities of Utrecht, Woerden and Amsterdam, attached to every upright object, post, light, chain: Bikes!  It seemed that 85% of them were of the same basic design.  A one speed bicycle which you can sit upright on to ride.  Fortunately for the Dutch, their country is FLAT!  We have yet to be higher than the top of a dune in all our travels here and sometimes we were 2 meters below sea level.  So, with no hills to climb, a multi-geared affair like we own in the US is unnecessary.  These specialty bikes did exist, but we only saw them out on weekends with riders out recreating in a club or in a race. 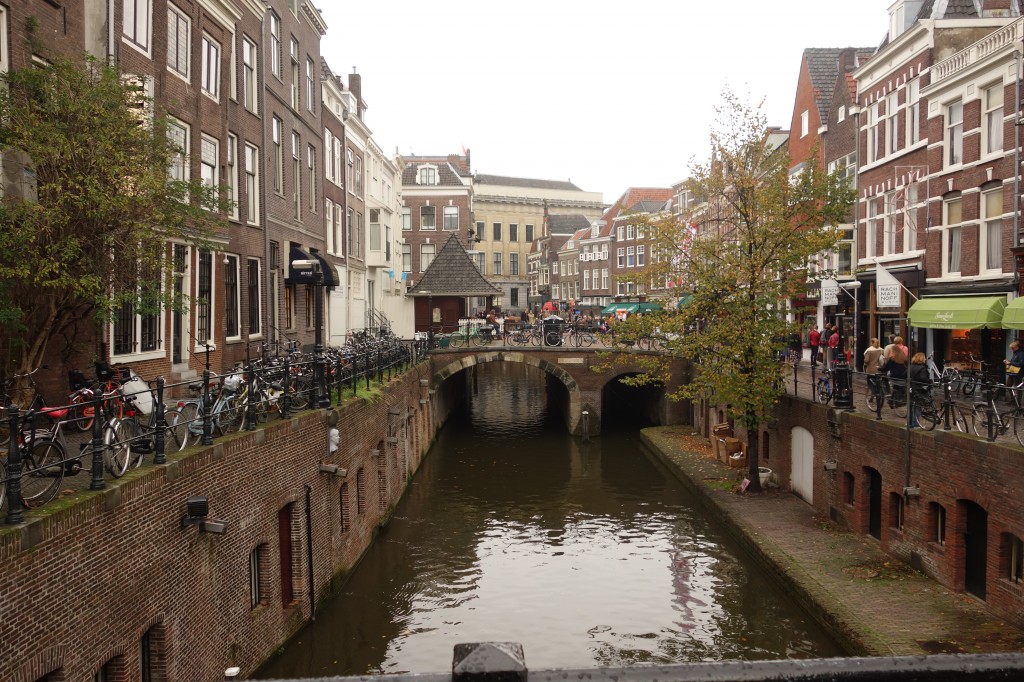 When it comes to green commuting, the Netherlanders have achieved the exceptionally high average of 27% of all commutes nationwide being by bike, reaching higher than 50% in a few communities.  Part of what makes this possible is that they have invested in the infrastructure to make it possible. 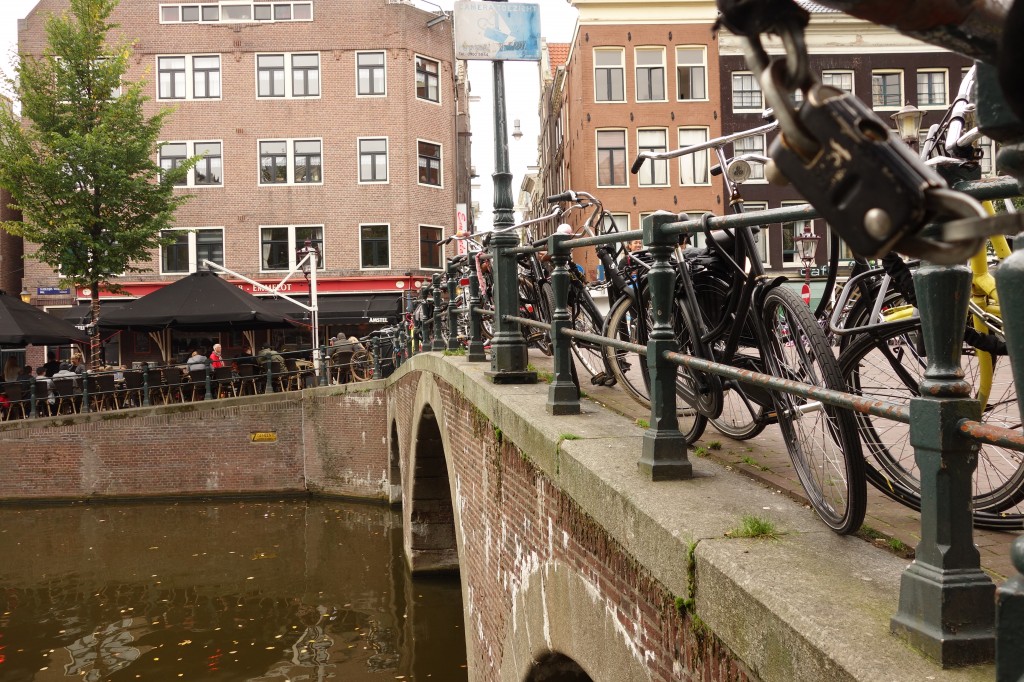 Nearly every road has a bike lane, often separate from the car lane (by a curb), so riding is fairly safe, and everyone is aware of riders since everyone bikes.  There are lots of places for bike parking, and mass transit is equipped to handle bicycles with ramps to subway platforms, large doors, and areas for bikes.  They have transportation stores that specialize in both bike and car maintenance and accessories and there are many bike repair shops to manage breakdowns.

Many camper vans had two or more bikes attached, providing the occupants recreation and transportation at their destination.  During the preparations for our travels, we had decided that we wanted this same flexibility ourselves and had planned to acquire bikes after arriving.  On a visit to the hardware store for some items, we noticed some bikes on sale.  Returning a few days later, we purchased three bikes (we opted for 6 speeds (nice twist-shift action!)) that came fully equipped with locks, fenders, and lights, a purchase that plunged us directly into this cultural element.  We look forward to using them as our local transportation. 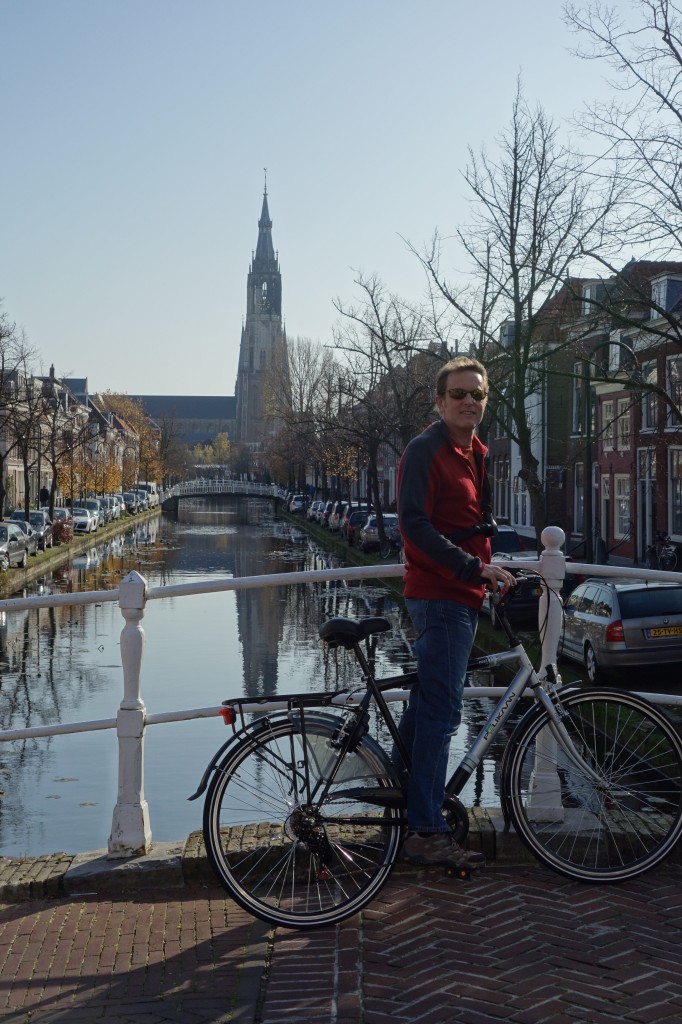 Being a means of transportation for all, it has to work for kids and freight, but no problem!  The Dutch have solutions for this.  A longer bike frame, with steering modifications, is outfitted with baskets for carrying kids or some other payload, or takes the form of a trike with a cargo hold between the two wheels. 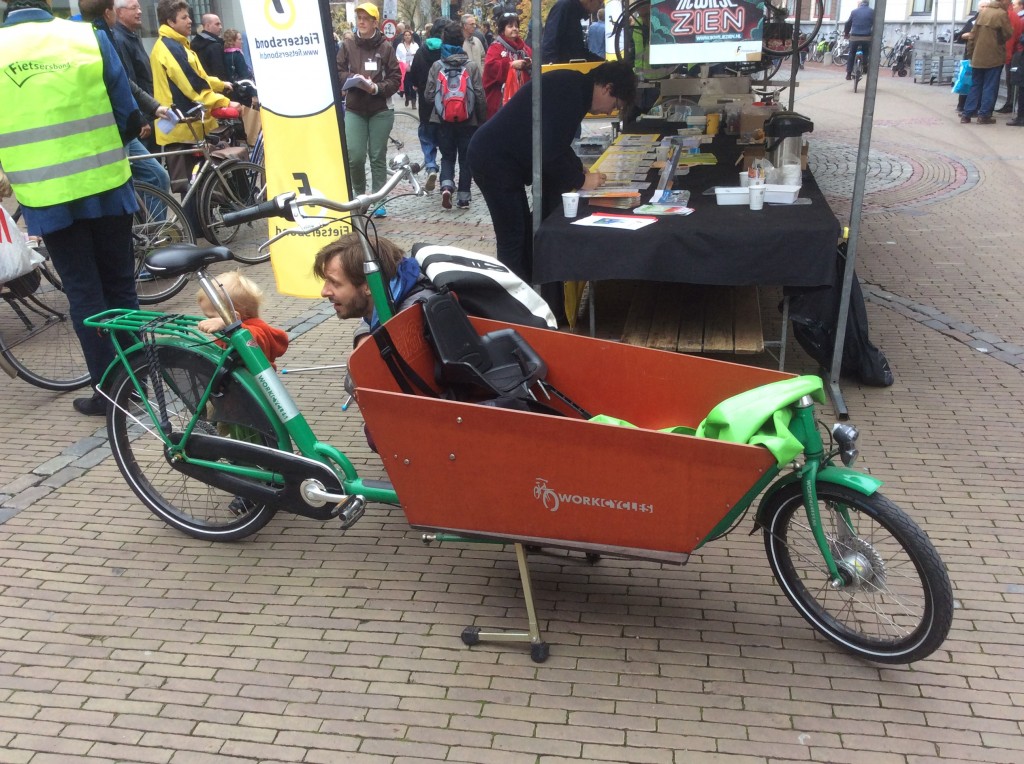 Quite a few of these are decked out with insulated seating for kids, which could be removed to make an empty freight basket. 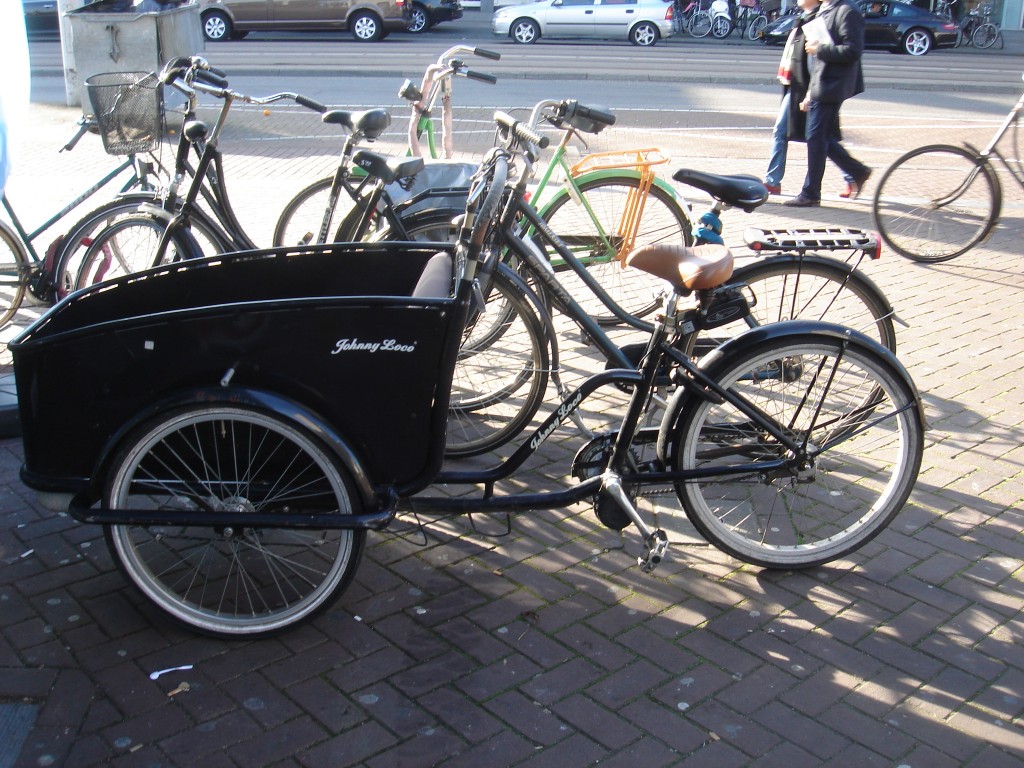 Unfortunately, the same bad driving behavior seen with car drivers is still apparent with bike riders.  People texting and riding, like this guy.  We watched him ignore several traffic signs and navigate across a large, busy intersection, WITH NO HANDS on the handlebars, and looking down the whole time! 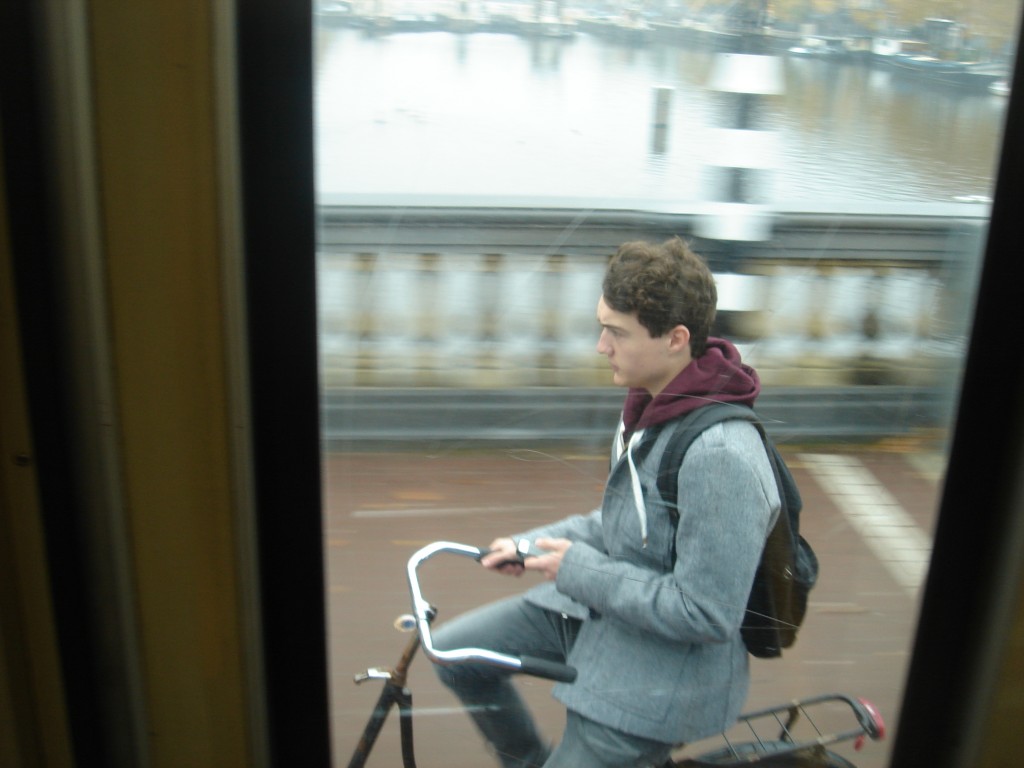 Another oddity for us regarding this Dutch practice of bicycling was their lack of helmets.  Being safety conscious Americans, we brought and are wearing our helmets, but few of the Dutch do for everyday commuting.  Helmets seemed only to be used for off-road riding and racing, along with the specialty bikes mentioned above. 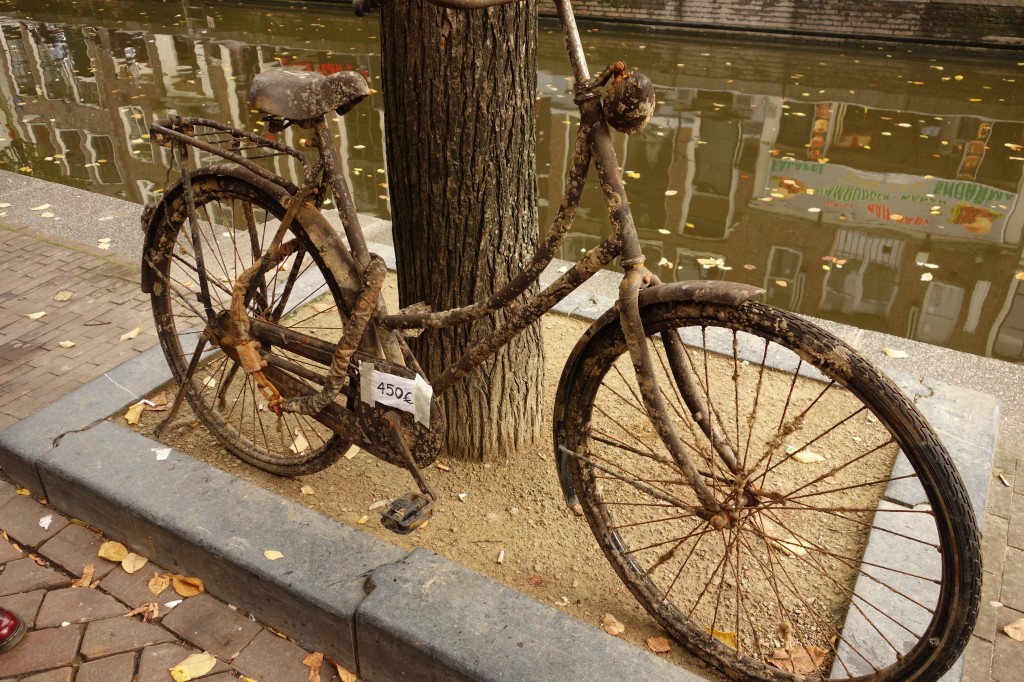 One of the sustaining elements of this cultural quirk, is bike enculturation.  It starts early, with many toddlers owning their own bikes, and families with a complete set.  Even many older folks ride, though they often have electric assisted bikes.  Everyone grows up with it so it is second nature.  How do you start that process?

For the Dutch, the bicycle seems to provide a low-cost, non-polluting, exercise achieving means of transportation.  Given that 32% of carbon emissions in the US come from vehicles (stat from The Economist), we would be wise to adopt this practice to curb global warming and get people out for some much needed exercise.