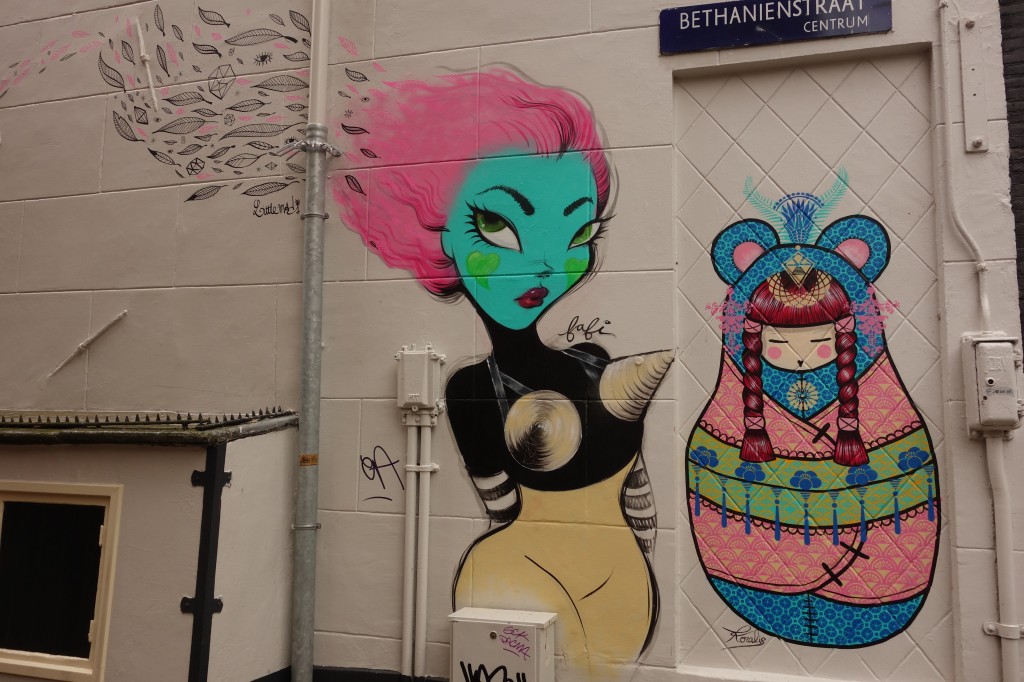 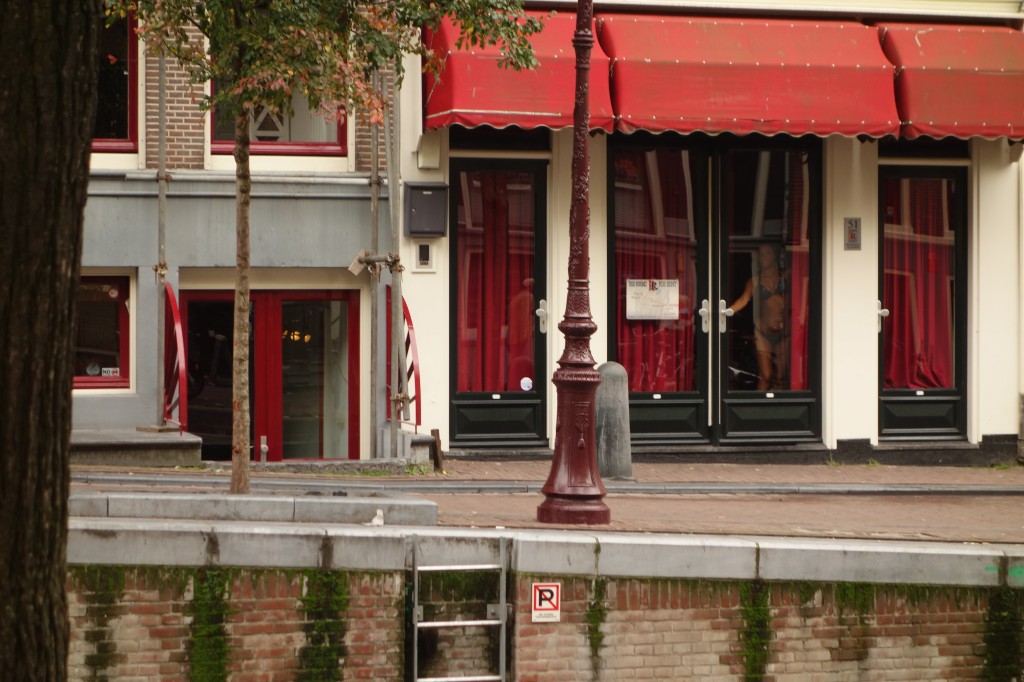 Being a sex positive feminist, I was drawn towards the history of the Red Light District from a political and social standpoint of actually having a safe space for sex workers, and the radical notion that the stigmatization behind sex work can be unlearned.

The Red light district was not always a huge tourist attraction. Dating back to medieval times, prostitution was a common practice in the region. Located just outside of the cities main canal, and only river, the area was abutted up to trade ships, merchants, and other businesses that men were attending to in the port. Married men and priests were banned from entering the district due to the debauchery.

Originally, the government was intolerant of the women’s business in the square and banned the practice of sex work, forcing the women of the night underground. Here, brothels began developing. Working for a Madam, the Girls would be supplied with room, board, and advice. Going above ground to pubs and inns at dusk to pick up clients, the women would return to their abodes below ground at dawn to deliver their nights pay to their Madam.

As sex work became more common, the government became more tolerant of their work. Soon, the Red light district was born. A secluded area where the women could work out of well concealed brothels, or their own private rooms; although still illegal. After the Reformation when southern Holland maintained their catholic ways and became Belgium; Northern Holland became Protestant and the ban on prostitution was lifted. 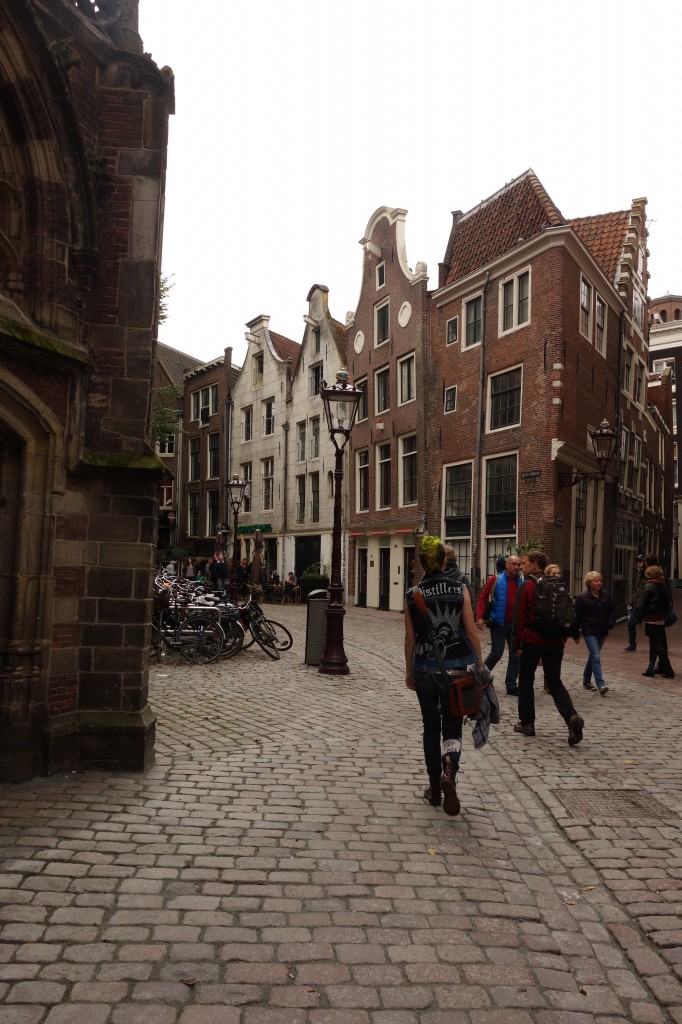 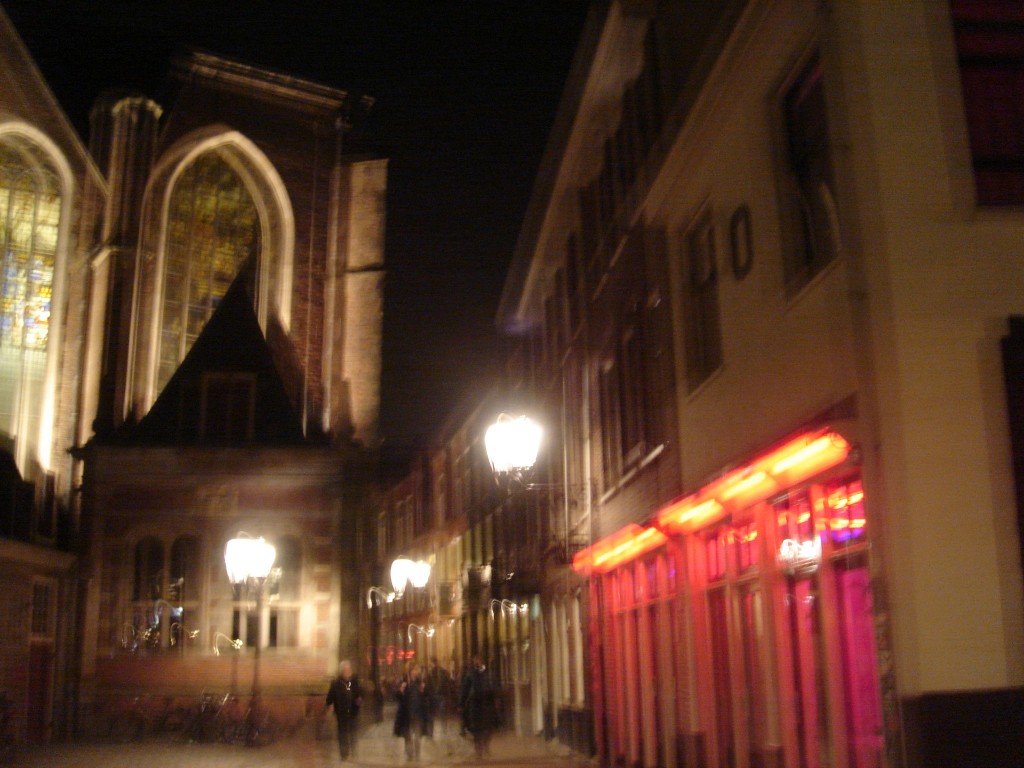 As the legalization of sex workers (1811), mandatory health checks were required and supervised, licenses were dispensed to the women monthly following a health check. If a women passed, she was given a red card, if not, she was not permitted to work until her symptoms ceased to exist. The health check, however an important development in the awareness of the sexual health of the women, they would undergo dangerous remedies such as mercury baths to ease the symptoms or “cure” them of diseases such as syphilis.

STIs such as HIV/AIDS was not of concern as it wasn’t introduced into the human blood stream until the 1970’s. By the early 20th century, religious organizations ran campaigns to end the tolerance of prostitution. By 1911, a law was passed that banned pimping and brothels but not the act of prostitution itself. However legal, the working girls were pushed underground and tolerated as long as they did not cause a disturbance.

The legalization of prostitution has made a huge impact on the safety and health of both the women and their clients. Being the world’s oldest profession, prostitution is going to occur everywhere; legalizing it makes it safer. This is true in a number of instances: by making sex work legal, we are gaining control of where their work takes place, pimping (a person, usually a man, that takes a large portion of the money brought in, and who often behaves he owns a select group of women that work for him), and the sexual and physical health of the women. 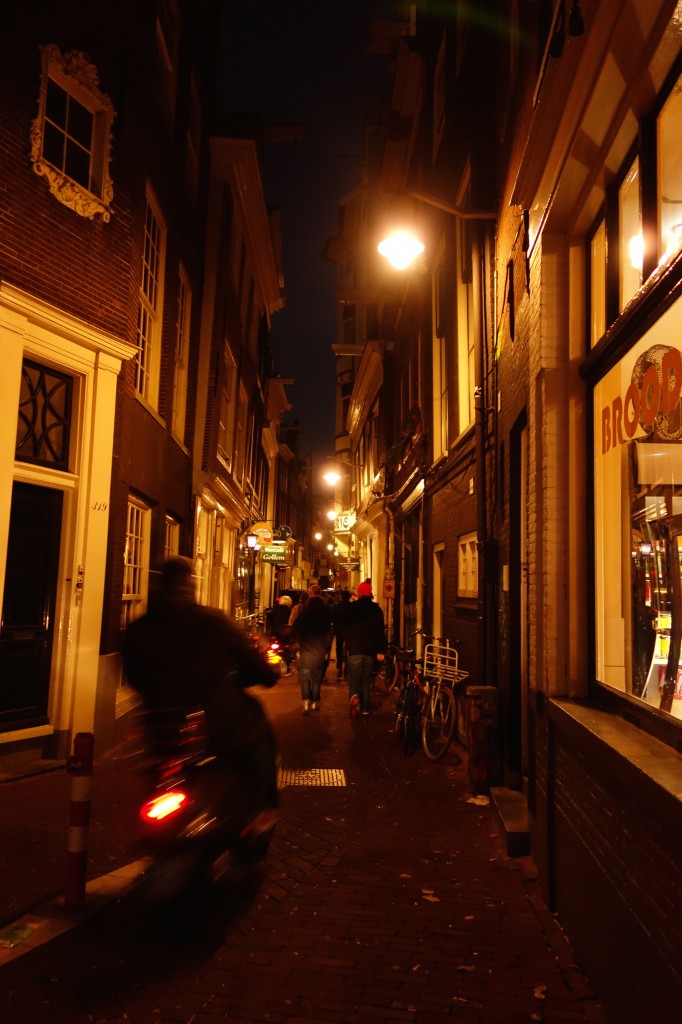 Today, the women work independently out of an approximated three-hundred single room cabins lining the buildings running adjacent to the Amstel River and scattered in alleyways and squeezed into pockets where they will fit. Advertising their services behind a glass door, some peak out from corners, others seductively expose themselves to the world. Now a tourist attraction (marketed towards men), you will see groups of people strolling the streets glancing at the illusive women behind the red curtain.

-by Mali, photos by Tammy and Aaron