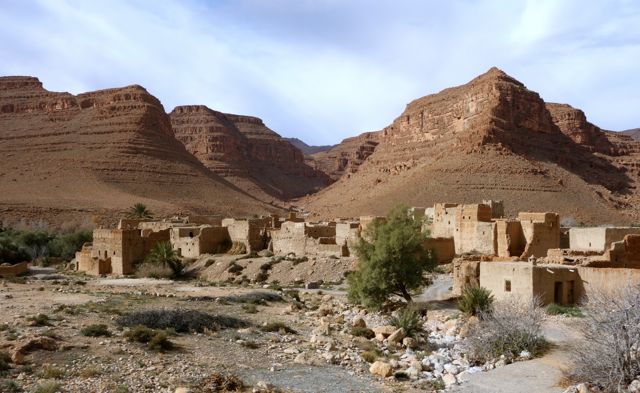 Traveling in developing countries has always shaken my Western sensibilities in ways I never anticipated.  The last several weeks traveling through Morocco has provided a plethora of thought-provoking moments and impressions that are a kind of “stretching exercise” for the patterns in my brain that I think of as my mind-set.

From the moment we entered the Moroccan port of Tanger Med I began to notice what seemed like inconsistencies in culture: a brand-new state-of-the-art commercial port staffed by armed men fielding cars, buses, motor homes and a variety of walk-up passengers.  This could look like any border, but there didn’t seem to be a clear in-take system for handling the paperwork  and so the guards would allow people to walk around while they randomly went vehicle to vehicle with their fists full of hand-written customs paperwork and try to sort out who was who.

They were all extremely nice and after about an hour of confusion on our part, and their checking to make sure we weren’t carrying any guns, we were on our way while wondering how a simple computer program would support Moroccan customs far more efficiently but probably put quite a few superfluous people out of work. 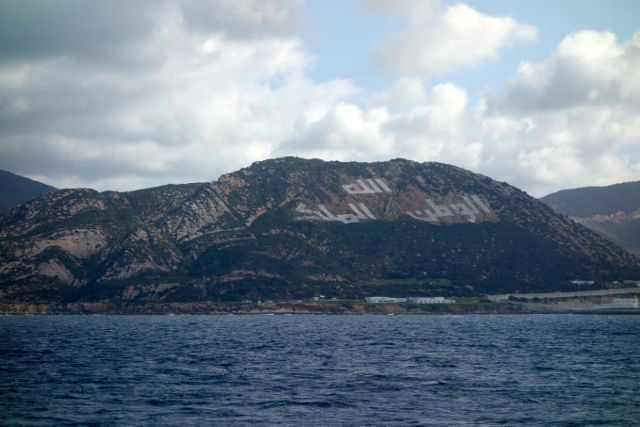 As we traveled the windy mountainous roads from Tanger Med on to the Mediterranean town of Tetouan, we began to see what I first thought of as anachronistic vignettes: shepherds herding their mixed flocks of sheep and goats while chatting on cell phones, and the ever-present grand taxis, additions to the local bus system, which are all Mercedes sedans.

These visions that juxtapose old and new, low technology with high, and traditional versus forward-mindedness abound in what is modern-day Morocco. 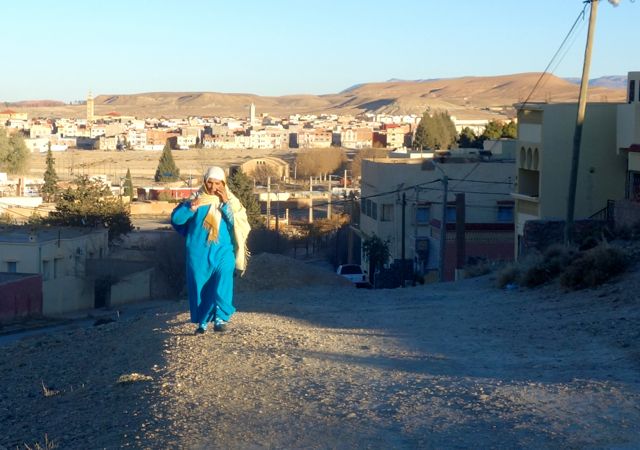 As our travels through the Rif Mountains, down the Mediterranean coast towards Algeria, then southward along the eastern side of the High Atlas mountain range into the hammada, or pre-Saharan rocky terrain, gave me yet more evidence to what I was viewing as culturally incongruent.  Throughout our travel days we’d be stopped by police at designated check-posts both entering and leaving towns.

The officers were not just polite, but they really wanted to chat us up and find out how it is that we’re Americans but driving a rig with Netherlands plates.  Coming from a land where officers pull you over if they think they have cause, these were at first unnerving, then became part of this schema of a new mind-set.  We also had to have some work done on Charlie, our motorhome, and while we found out that Morocco is known for excellent mechanics that are relatively inexpensive, we also discovered they do their work without the benefit of many tools and have to MacGyver old parts into levers, pumps, etc. 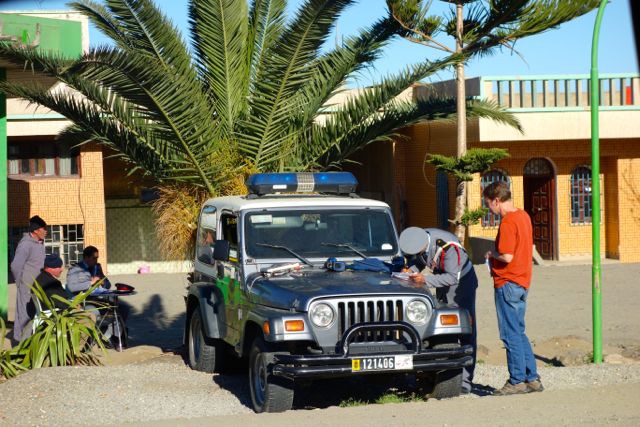 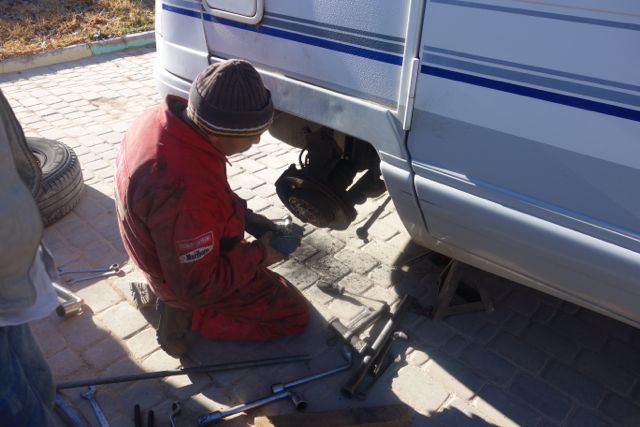 Our shopping forays are either in western-style supermarkets where there are aisles of couscous and heaping mounds of spices and olives, or the other extreme of local souks where the vegetables and fruits are heaped side-by-side with the hanging slab of meat and the occasional goat hoof laying on the dirt floor. 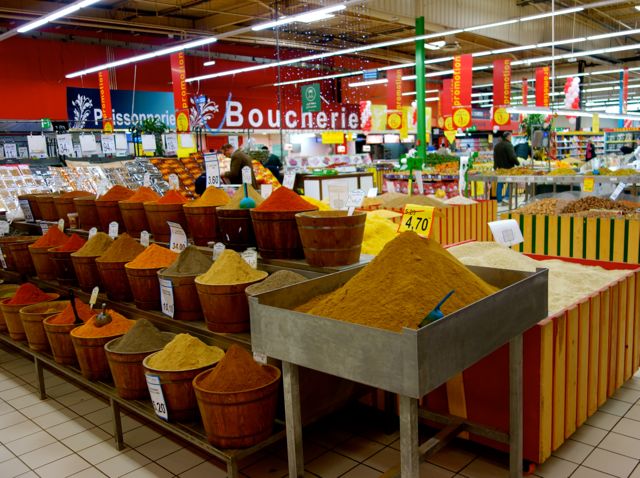 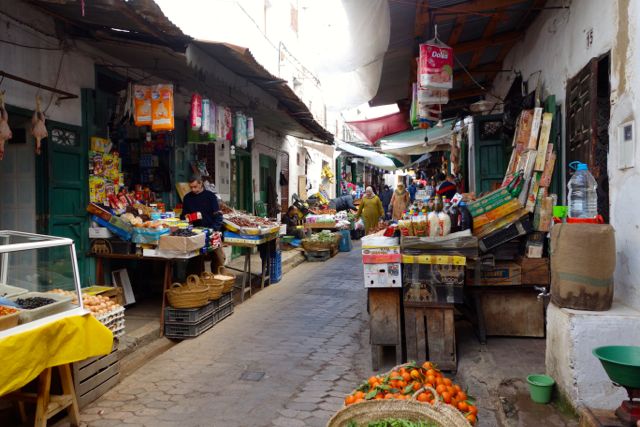 As we ventured through the ancient kasbahs of the Draa and Ziz Valleys, oases that feed into the Saharan town of Zagora, we found most of these mud-built forts and towns were wired for electricity, some buildings had satellite dishes on top, and a few even had air-conditioning units hanging out of their mud-rimmed glassless windows. 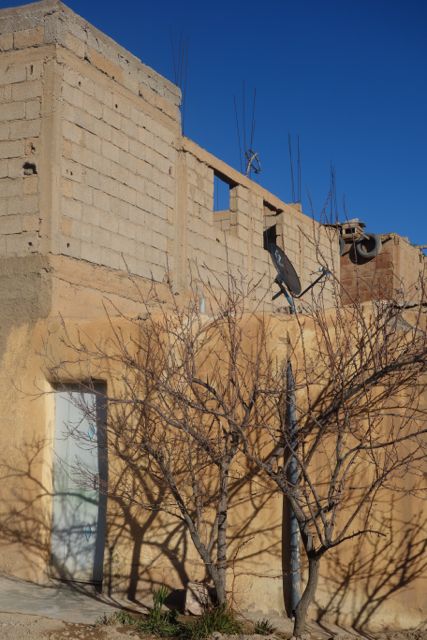 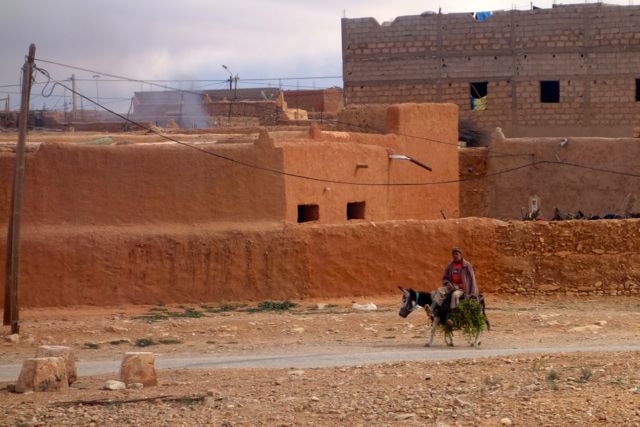 While I bemoaned how these modern conveniences would spoil the awesome photos I envisioned, a new tug began to pull in my brain.  Moroccans have a decent quality of living (based on the 2013 Human Development Index) and are clearly hard-working and strive to better their conditions like most people on earth.  We see tons of children (boys and girls of all ages) going back and forth to school and most people are thrilled to use their multiple languages with us (in addition to Arabic and Berber that are first languages, French is the language of economy and tourism and many people also speak Spanish or German or a smattering of English) which speaks to a national understanding for increased globalization. 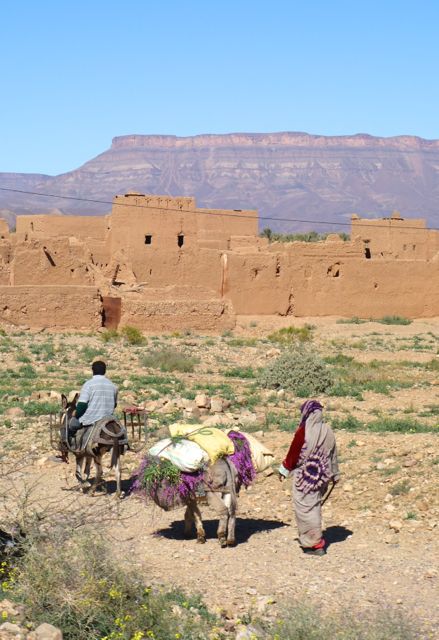 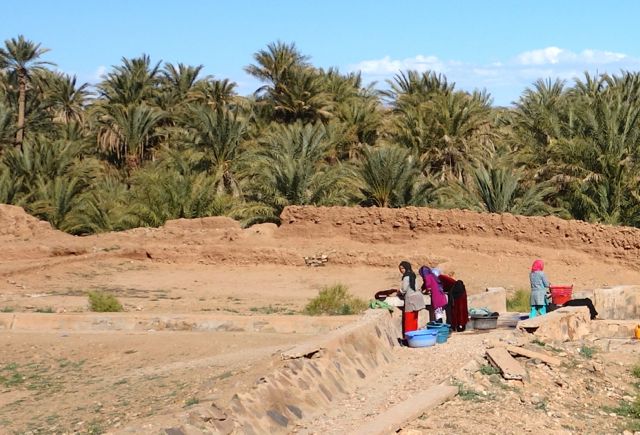 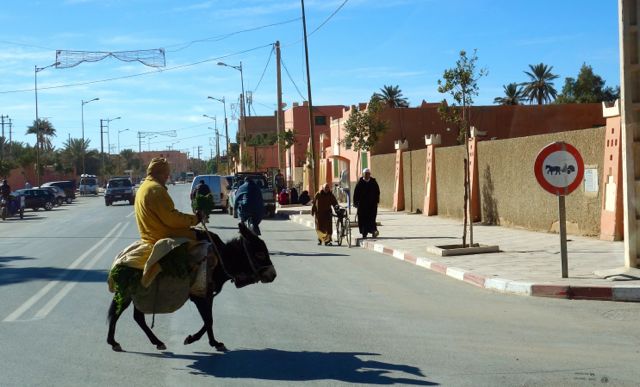 I’m beginning to understand that what I was first seeing as incongruities of culture are in fact modernization; that it is my romanticized point of view that wants to keep this emerging country with it’s quaint use of donkeys and hand-washing in the viaducts and mud houses intact for my touristic lens.  It’s taken stepping out of my own cultural paradigm to see its western biases that include a paternal attitude towards developing countries so that I can embrace the Morocco that I’m actually experiencing.

-by Tammy, photos by Tammy