Retroactive Bucket List: The Gifts of an Adventurous Lifestyle 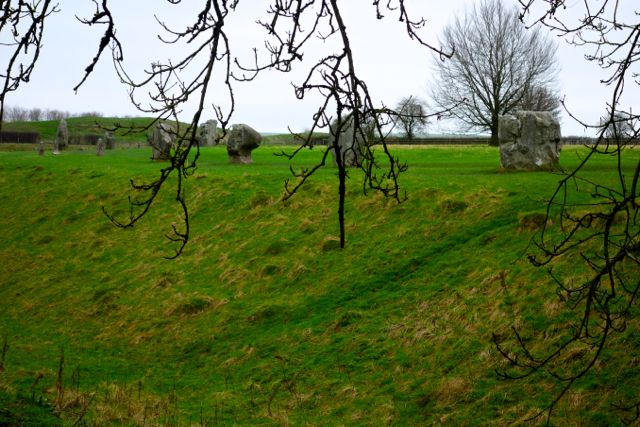 Our lifestyle is intentionally rich with adventure rather than stuff and we’ve reflected on the gifts we created of memory making and personal growth.  We encourage you to seek and increase your own Retrospective Bucket List!

Rather than creating a plan of adventures we’d like to have, we have had a long history of stumbling upon experiences instead.  Sometimes our escapades have turned into risky exploits we’d rather not repeat, but more often than not, our hijinks have made great stories with a lesson to learn.  This is by no means an exhaustive list as it is dynamic!  Hope you enjoy and are inspired to stumble upon your next adventure.

Drove bumper cars at sunset along the southern Albanian coast
Circumnavigated Poros, a Greek island by scooter
Got caught in a snowstorm at Lake Ohrid, Macedonia
Stumbled upon a street art tour of Veliko Tarnovo, Bulgaria
Braved 35ºF weather to explore Carcassone, France
Joined hundreds of thousands of electronic music fans at the Amsterdam Music Festival for amazing light and sound shows
Witnessed the sunset by horseback in Cappadoccia, Turkey
Literally bumped into Tammy’s sister and her family in downtown London
Weathered a hurricane in Charlie along the Wild Atlantic Way in Western Ireland
Stayed awake all night in Budapest listening to the sirens and helicopters during a riot between Hungarian and Romanian football hooligans
Saw 32,000 year old cave paintings in Andalucia, Spain
Traveled under (via train), on (via ferry) and over (in Charlie) the Bosphorus Strait in Istanbul, Turkey
Walked the world’s largest stone circle in Avebury, England
Enjoyed cooking schools in Turkey, France, and Italy
Honored Easter parading through the streets of suburban Athens, Greece with thousands of candle-bearing believers
Stumbled upon a several skeletons in grave in an unsecured archeological site in Sozopol, Bulgaria
Blew life-sized bubbles in the main square in Prague, Czech Republic
Went to reggae and punk concerts at the Melkweg venue in Amsterdam
Aaron injured his knee and Tammy got in a bike wreck in Bruges, Belgium
Explored Triassic-aged cave in Dinant, Belgium
Drove from winter storms to sunny orange tree weather in one day from Donastia-San Sebastian to Denia, Spain
Rode our bikes in commuter bike traffic in Rotterdam, Netherlands
Experienced a simulation of the winter equinox light moving through the tomb at Newgrange, Ireland – earth’s oldest existent human-made structure
Stumbled upon artsy yet orthodox Fethiye, Istanbul neighborhood 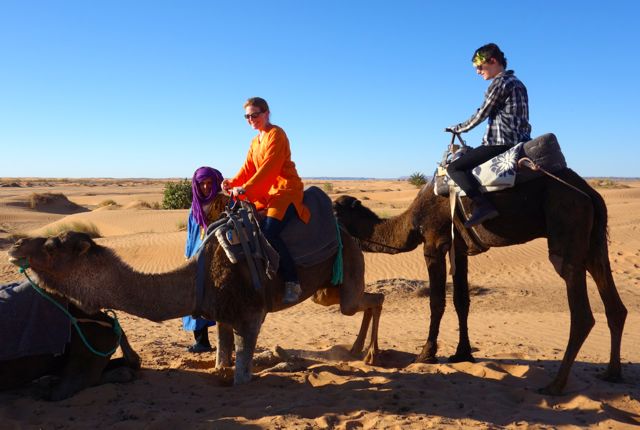 Tammy learning how a camel rises

Road a camel into the Sahara to watch the sunset
Played drums with Berber friends in a tent in the Moroccan Sahara
Shopped for a fez and babouches in Fez, Morocco
Braved 115ºF weather to explore Aswan and Luxor, Egypt
Held a snake charmer’s snake in the d’Jemma el Fnaa in Marrakesh, Morocco
Got lost then found again in the Arab Quarter, Cairo, Egypt
Photographed the Luxor Temple at night as the sole visitors
Enjoyed cooking schools in Morocco
Witnessed the sun rise over the Nile and the Valley of the Kings in Luxor, Egypt aloft from our hot-air balloon
Gathered fossils by the handful in Moroccan Sahara
Ate camel pizza in a small town on the edge of the Moroccan Sahara 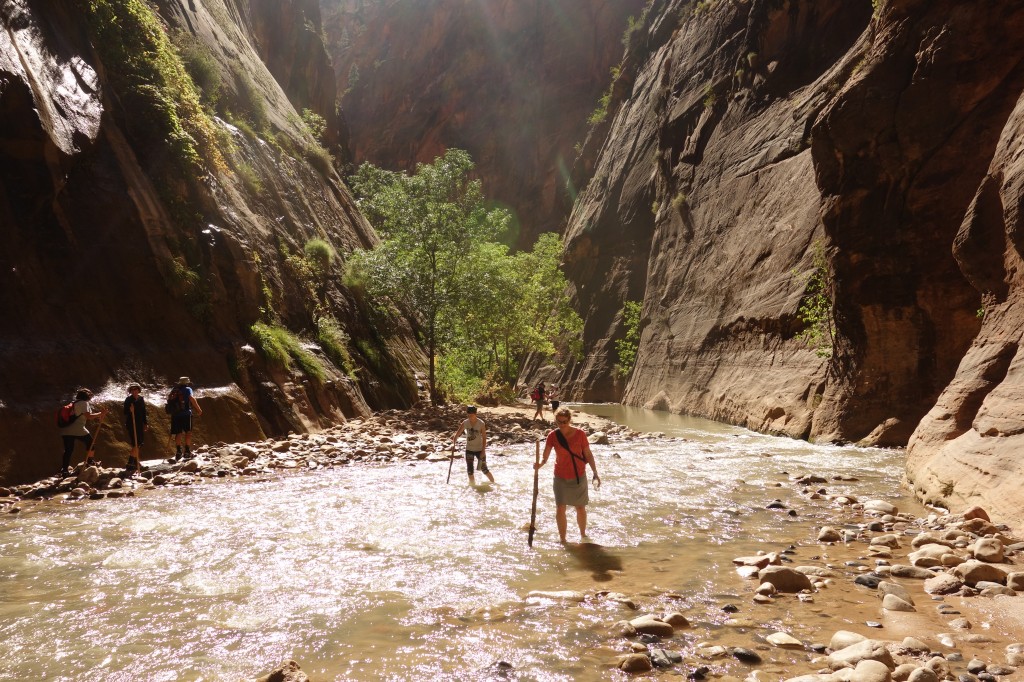 Met our sophomore year in high school and dated for 10 years before getting married.  In August of 2016, we celebrate 25 years of marriage and 35 years since our first date
Raised a force to be reckoned with: our daughter!
Encountered 27 Alaskan Brown bears in Katmai National Park, Alaska in one day
Caught and lost a King Salmon on the Copper River, AK
Driven the Alcan Highway (to Alaska) three times
Watched whales in Alaska, Hawaii, and the Puget Sound, Washington
Witnessed Mt. St. Helen’s eruption then collected the ash
Rafted the Colorado river through the Grand Canyon
Watched the stars emerge in the dark of Bryce Canyon, Utah
Walked up the Narrows in the Virgin River in Zion National Park, Utah
Attended the Rainbow Gathering in the high desert of Nevada with about 4,000 hippies
Got stuck in an outhouse by a black bear guarding the door at Lake Clark, Alaska
Snowmobiled the base of Mt. McKinley
Found a conch shell on a morning walk along the beach in Playa del Carmen, Mexico
Enjoyed 4,000 year old petroglyphs on rocks along the Snake River in Clarkston, Washington
Have encountered Lady Diana, Mel Gibson, Pierce Brosnan, Cory Aquino, Jerry Garcia and Phil Lesh in person (not all together, of course)
Downhill skied the Cascades, the Rockies, the Southern Alps (New Zealand) the Alps (Austria), and the Chugach (Alaska) ranges
Watched a bobcat look into our kitchen window while we sat drinking coffee
Been dive-bombed by owls . . . more times than we remember (Aaron)
Been bitten by a dog and received rabies shots (Aaron)
Honeymooned at Mt. McKinley with Tammy’s sister, and two good friends in tow 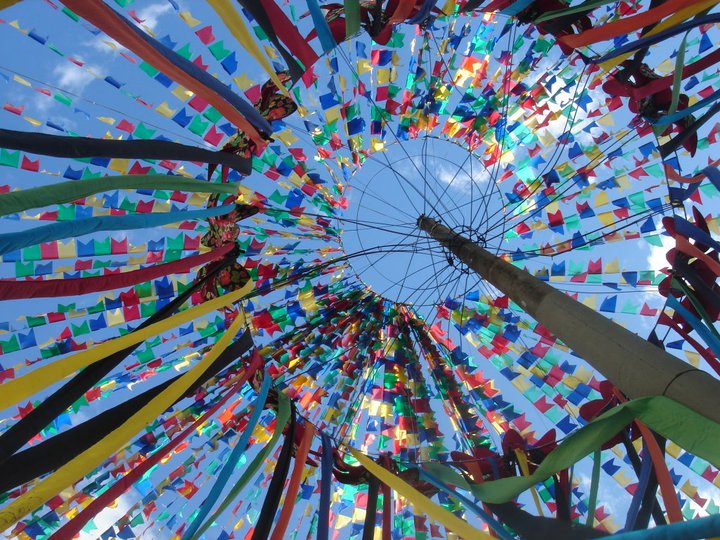 Fed capuchin monkeys in Brazil’s Pantanal
Watched herds of capybaras and a flock of rheas run by with two toucans chattering overhead while enjoying a capairihna in the Pantanal, Brazil
Danced the forro at Sao Joao Festival in Salvador, Bahia, Brazil
Played in a water park north of Natal, Brazil
Hung out in the History Museum in Rio de Janiero on a rainy day 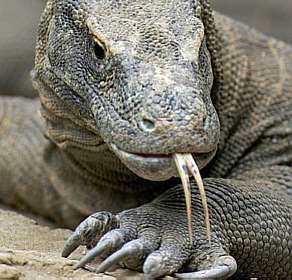 Were growled at by a tigress in Chitwan National Forest in Nepal
Were chased by komodo dragons on Komodo Island, Indonesia
Witnessed 100,000 fruit bats flying overhead off the coast of Kalong Island, Indonesia
Stumbled upon rhinos in the elephant grass in Nepal
Ran into an old college friend while trekking in the Annapurnas
Got stuck in a city curfew and airlines strike during a holy war in Varanasi, India
Caught typhoid fever in a water festival in Burma, dysentery in Nepal, frostbite in Alaska, hundreds of flea and bed bug bites in Indonesia, and hypothermia on a river in eastern Oregon (all Tammy)
Laid on a beach on Koh Tao, Thailand . . . for a month and a half
Climbed Indonesia’s Borobudur temple in the morning mist
Road the night train to Calcutta with thousands of Indians arriving for a communist rally
Gazed at the three differently colored lakes of Keli Mutu volcano on Flores, Indonesia
Spent our first wedding anniversary in Ubud, Bali, Indonesia
Bought hand-woven ikat from the queen of Baun, Timor, Indonesia
Lived off of boiled eggs, avocados, and shrimp crackers for a month in Flores, Indonesia
Spun prayer wheels along every stupa in Kathmandu, Nepal
Rode mountain bikes onto the set of The Little Buddha movie filming at Boudinath Stupa in Kathmandu, Nepal and were yelled at by the director 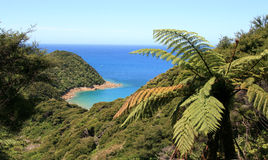 Took a 45 hour bus ride across the Australian outback
Snorkeled the Great Barrier Reef
Were ripped off by a tapa cloth vendor in Suva, Fiji but didn’t realize it until we were thousands of miles away
Spent 13th birthday in Honolulu, Hawaii, my 17th in Rangiora, New Zealand, my 26th in Darwin, Australia, my 31st in the Adirondacks, New York, my 40th birthday in Venice, Italy, my 42nd in Didim, Turkey, my 45th in the Pantanal, Brazil, and my 49th in Ksamili, Albania (Tammy)
Hiked the Abel Tasman track outside of Nelson, New Zealand
Witnessed fairy penguins waddle to their dens on Philips Island, Victoria Australia

We’re looking forward to a new year of stumbling upon adventures.  Share your favorite exploit on our new Lands Remote FaceBook page and start planning your next experience.