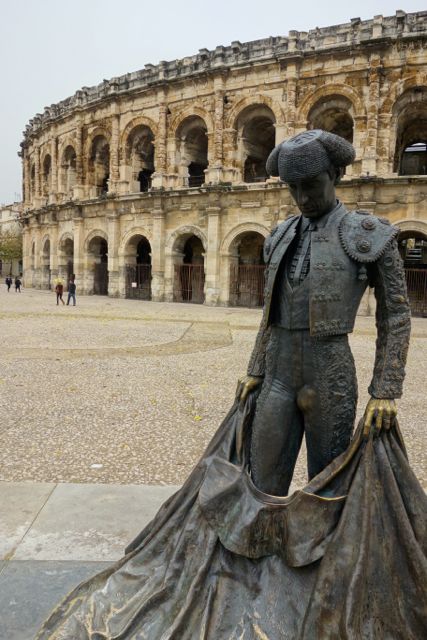 One of the amazing things about traveling in Europe is to see the remnants of past civilizations.  Often the most prominent are those of Rome since its society was advanced and had the resources and manpower to erect mighty stone structures that have withstood thousands of years of use and entropy.  Due to the reach of the Roman Empire over its long existence, these ruins can be found far to the North of the civilization’s origins in Italy.

On our adventures, we found them in Woerden, Netherlands, Trier, Germany, and various sites in France.  Often, these are at the center of modern cities, and though some are now only monuments for tourist visits, they have served many purposes over the centuries, being reused or recycled by subsequent cultures including our own.

For instance, in Trier, one of the current bridges across the river Mosel rests on a foundation built in the Roman era.  Similarly, the Porte Nigra, originally a gate through the protective wall of this imperially important city, was repurposed, with a few modifications, as a cathedral and school through the Middle Ages.  Parts of the city’s protective wall still stand, as do the Konstantinbasilika built by Emperor Constantine at the beginning of the 4th century and two different imperial baths. 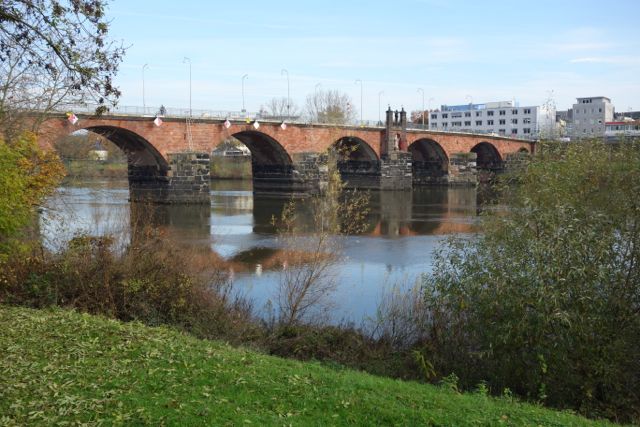 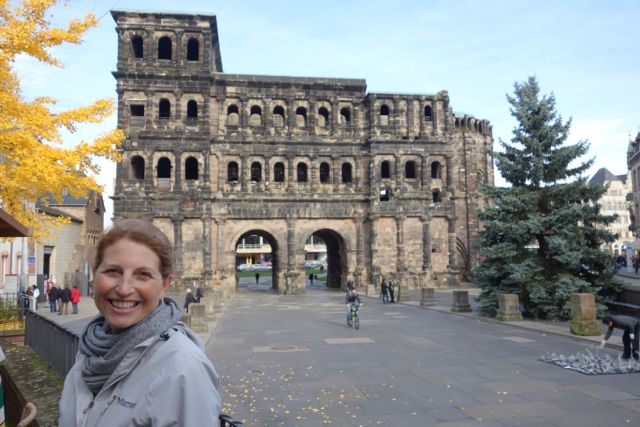 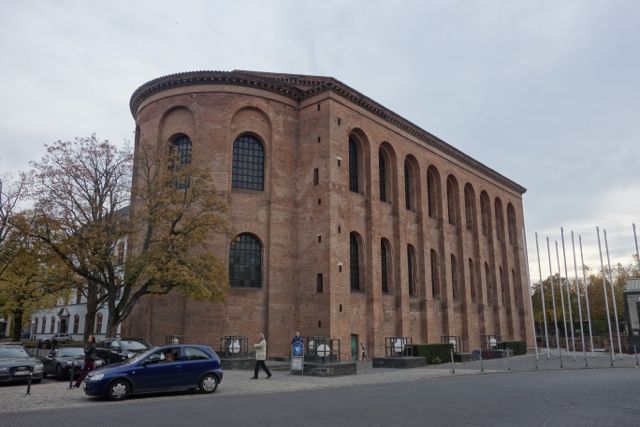 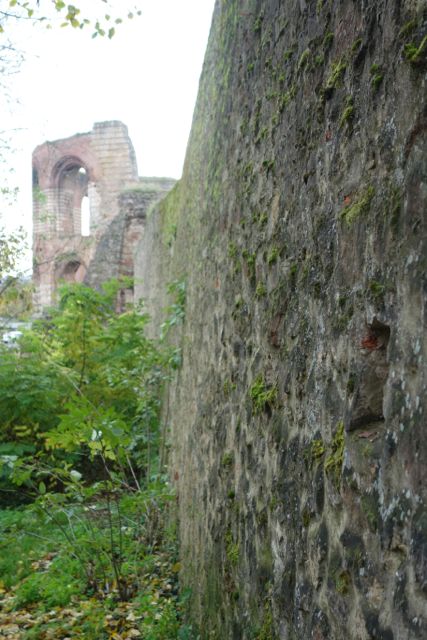 In Lyon, there are several areas with extant ruins.  There are two theaters, side by side, which are still being used for performances and have been retrofitted with electricity for lighting and sound.  In its day, the stage was a three story facade with an elaborate system of counter-weighted curtains that disappeared into the floor.  In another part of town, there is the Amphitheatre of the Three Gauls, a gladiatorial arena which played a part in the persecution of adherents to the new Christian religion in 177AD.  It is fenced off and appears to be interfering with the development of the area as one part is overlaid with modern structures.

Interestingly, new projects like the riverside parking garage, uncover a host of ancient finds.  Some of the displays in the archaeological museum were found this way as were three Roman boats that are being prepared for addition to the museum. 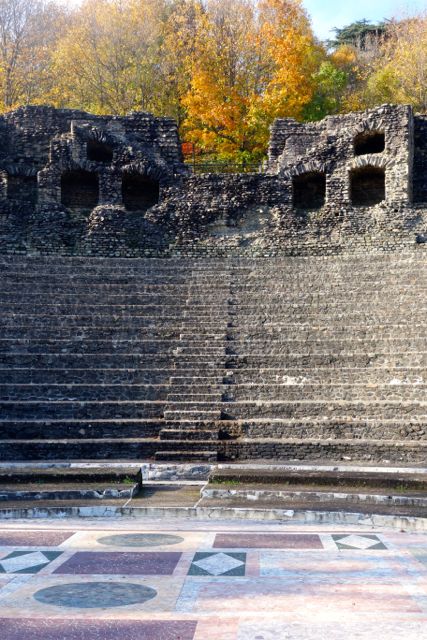 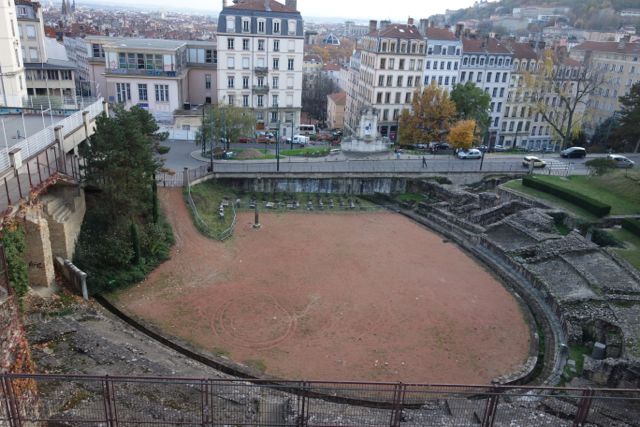 Even as far north as Woerden in the Netherlands, there is evidence of Roman presence; a Roman boat recovered from the canals is on display in a museum while a replica is docked on the water and brought out every year for the summer tourist season.

As we moved toward the Mediterranean, the Roman ruins become more numerous and elaborate.  In Arles, there is a nearly complete Coliseum and another theatre.  During the Medieval period, the stout, stone arena structure became a walled city with shops and residences inside owing to its ease of defense.  Now having been restored, it hosts various events including bull fights, which are quite popular in southern France. The theatre, nearly identical to one in Lyon, has also been restored and is used for various performances and festivals throughout the year.

Similarly, in Nimes there is the most complete Roman Coliseum outside of Rome itself, which now host bullfights as well.   The Temple of Diana, located in the beautiful 19th Century Les Jardins de la Fontaine, continues to mystify archeologists as to it’s purpose.This once Roman district capital is also home to the Maison Carree, a perfect square temple built in 16BC, which over the centuries has been the center of a Roman Forum, a private residence, and is now a museum.  Interestingly, it appears to be run by a private company in the business of maintaining and managing historical sites, the first such place we have been. 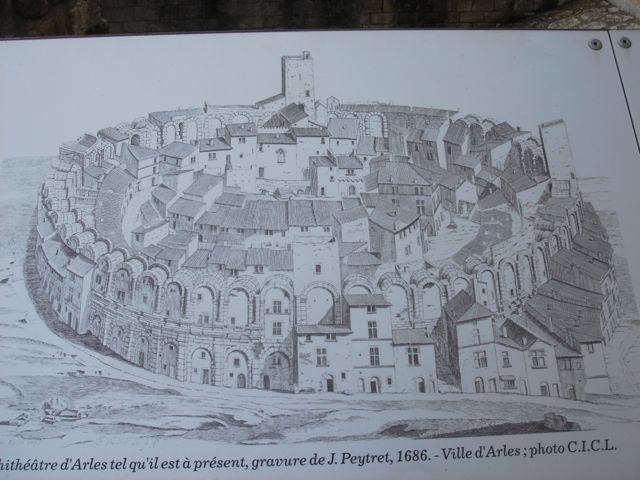 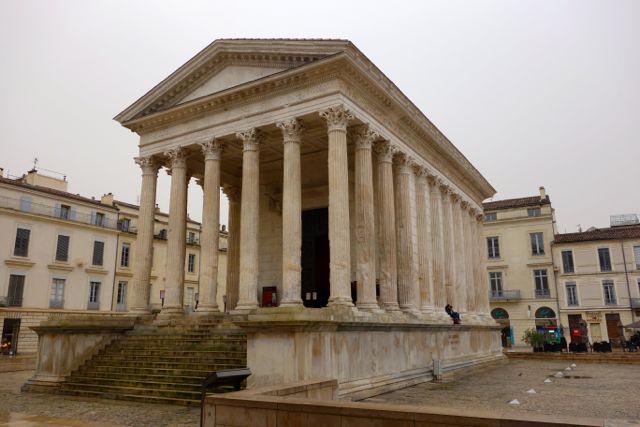 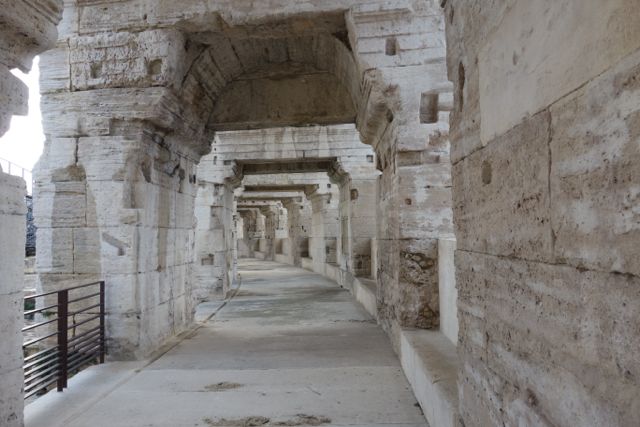 Nimes’ prominence in the Roman world made it one of just a few dozen cities to be fed water by an aqueduct.  Water was brought from a spring 57 km away in the mountains, and only dropped 12 meters during its journey across the hilly landscape, meaning its course had to be relatively level for that whole distance.  Our explorations took us to one of the tallest structures in this path, the Pont Du Gard, a 160’ high channel.  While not repurposed for a modern use like other ruins, this site has an excellent museum that explains the construction of this engineering marvel and its power to transform living conditions during the Roman era. 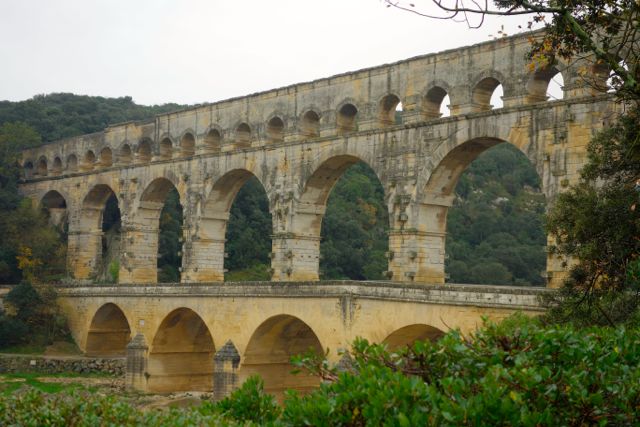 New remnants of Roman and even earlier civilizations are being discovered all the time, usually as the result of new building projects that scratch through the surface of our modern world.  Often this brings construction to a halt until archaeologists have a chance to investigate, excavate, and potentially recover antiquities.  Considering this, I am left wondering at what point mankind began taking such a keen interest in the past that they would collect and put on display the remnants of earlier cultures.  From our visits to various historic sites, my impression is that this began in the 19th Century, as this seems to be the era in which many of the archaeological and restoration projects commenced, and there are many underway still. It certainly takes a lot of effort and resources while delaying progress, but the fact that many of the places we have been are UNESCO World Heritage sites attests to the fact that we find it important.

There might have been more Roman ruins to explore if not for previous centuries habit of using Roman structures as quarries of already chiseled stone for their own purposes.  So what is it in our modern era that makes us want to reflect on the great civilizations that have come before?

These thoughts lead me to another, what will our disposable culture have left behind in two thousand years?  Having watched the Seattle Kingdome imploded to make way for other gladiatorial arenas, it is hard to say.

-by Aaron, photographs by Tammy and Aaron