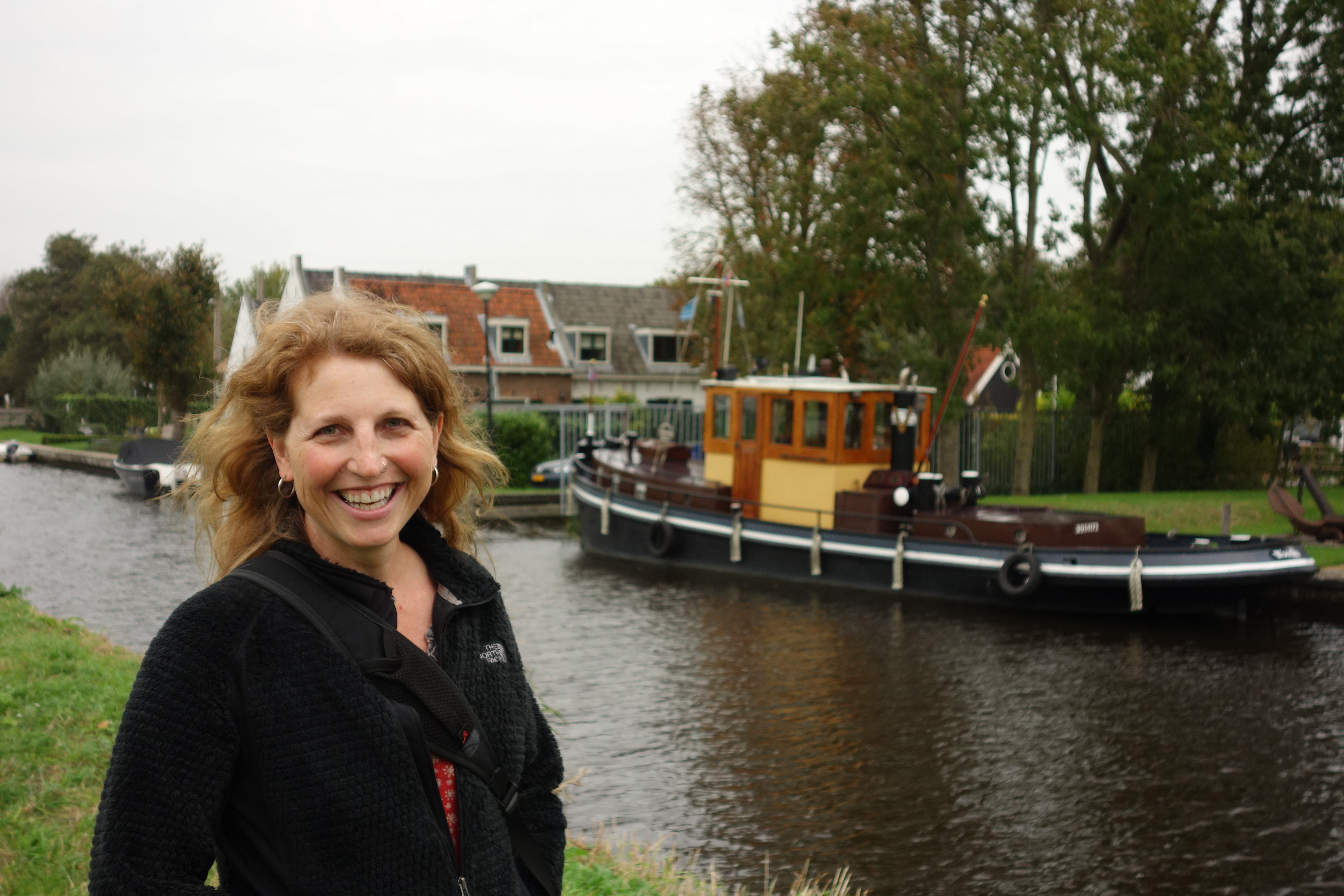 I don’t remember my maternal grandfather who was a cartographer in WWII, but am told he called me “Cutie Pie” and filled my 2 year old glutton-self with dollar-sized pancakes.  While I don’t remember him, I believe I have inherited his love of maps and how they relate to the shape of the earth.

For those of us afflicted with this obsession with maps, we see them as an amalgam of science and art imbued with the hope of adventure.

Today my day-to-day traveling life demands a high-level of mindfulness as Chief Navigator for our journey.  I pore over our maps every day, both in macro and micro scale to plan where we’re going and how we’re going to get there.  Our maps are a primary tool for navigating and inspiration for our next destination.

Most travelers seem to be inspired by magazine articles, blogs and websites, travel shows, and travel stories.  While I enjoy and am inspired to research a destination with those mediums, my go-to, spend-time-with-every-day source of inspiration comes from my time with maps.  In my case, I use a combination of a travel app on my iPad mini called maps.me and for the big picture I use our giant fold-out Michelin Europe map with 1:3,000,000 scale where I’m tracking our journey in highlighter.

It was our first week traveling in continental Europe with our new-to-us motorhome Charlie, when I realized that Woerden, the Dutch town we were staying in showed on our map to be an unusual shape: 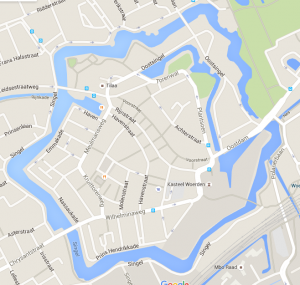 Only humans have the means to create a landform such as this star-shaped village.  They used the Oud Rijn (Old Rhine river) and canals to create an amazing pointed star.  Why would anyone harness the land and channel the water in this way?  Why in Woerden, the Netherlands?

Fascinated, I went back to my map to see if Woerden was unique or if there was a pattern that would reveal why a city would so intentionally be altered in this way.  In no time I found the old city of Utrecht, only 20km away, to be a partial star shape surrounded and bisected by a robust canal system.  Not far from Utrecht, sharply-pointed massive land forms create a near perfect star-shaped village called Naarden. 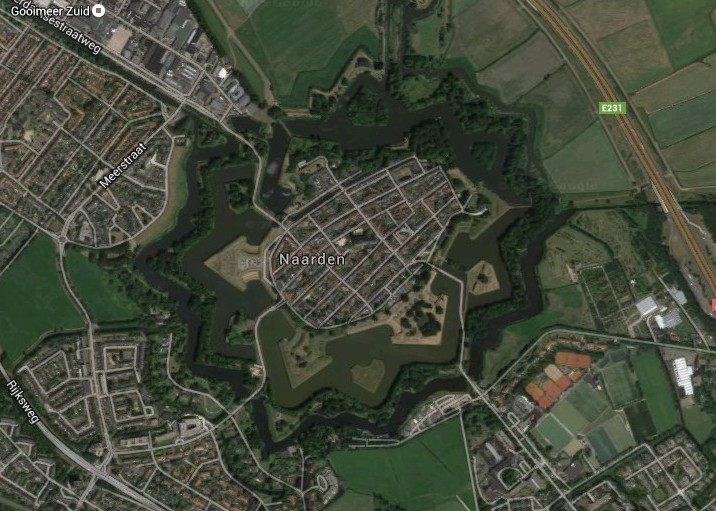 While the Netherlands has a long history of innovative ways to manipulate landforms and creating waterways (think dykes and canals), I was intrigued by these shapes glowing from my map and I needed to know more.  A cursory tour of the internet helped me understand that what I was seeing on the map were the remnants of Spanish Star Forts.  Okay, I’m pretty good at history, but the Spanish were in Holland?  Huh?

As you may know, European borders and the rulers that flourished within them undulated over the past two thousand years.  These fluctuations included a period of time (1581 to 1714) where today’s Netherlands was ruled by the Spanish Crown.  This time-frame coincided with a major “advancement” in warfare that included the innovation of gun powder.

Previous forts were tall and round or rounded to best benefit bow and arrow warfare, but cannonballs could destroy such a fort.  Utilizing geometry and physics, the angled bastions of a star-shaped fort built with low thick walls and a wide moat deflected this new weapon of destruction.  While the Italians who engineered this ingenious defense were in high demand from the end of the Middle Ages onward, it is believed the star-shaped fortifications in Woerden were created during the Spanish occupation of the city in 1575-1576.  Further research found cousins of Woerden and Naarden located in countries around the world.  Who woulda thunk?!

My map uncovered other star-shaped fortresses where either an entire town had built up inside and continues to thrive today such as in Lille, France, or a series of smaller star-shaped fortresses that were built to surround a city such as Antwerp, Belgium.  Enchanted by what I found out about star-shaped forts and inspired by our adventures, a quest was starting to formulate.  Our mission: to find these special places and check them out.  See if they’re as beautiful as they are on the map.

Our adventure in Naarden uncovered a medieval village built inside the fort surrounded by star-shaped (jutts) that are now parkland, a sizeable canal, and a car bridge.  Like we have found in other star-shaped forts, the best view is from above, or in my case, from my map. 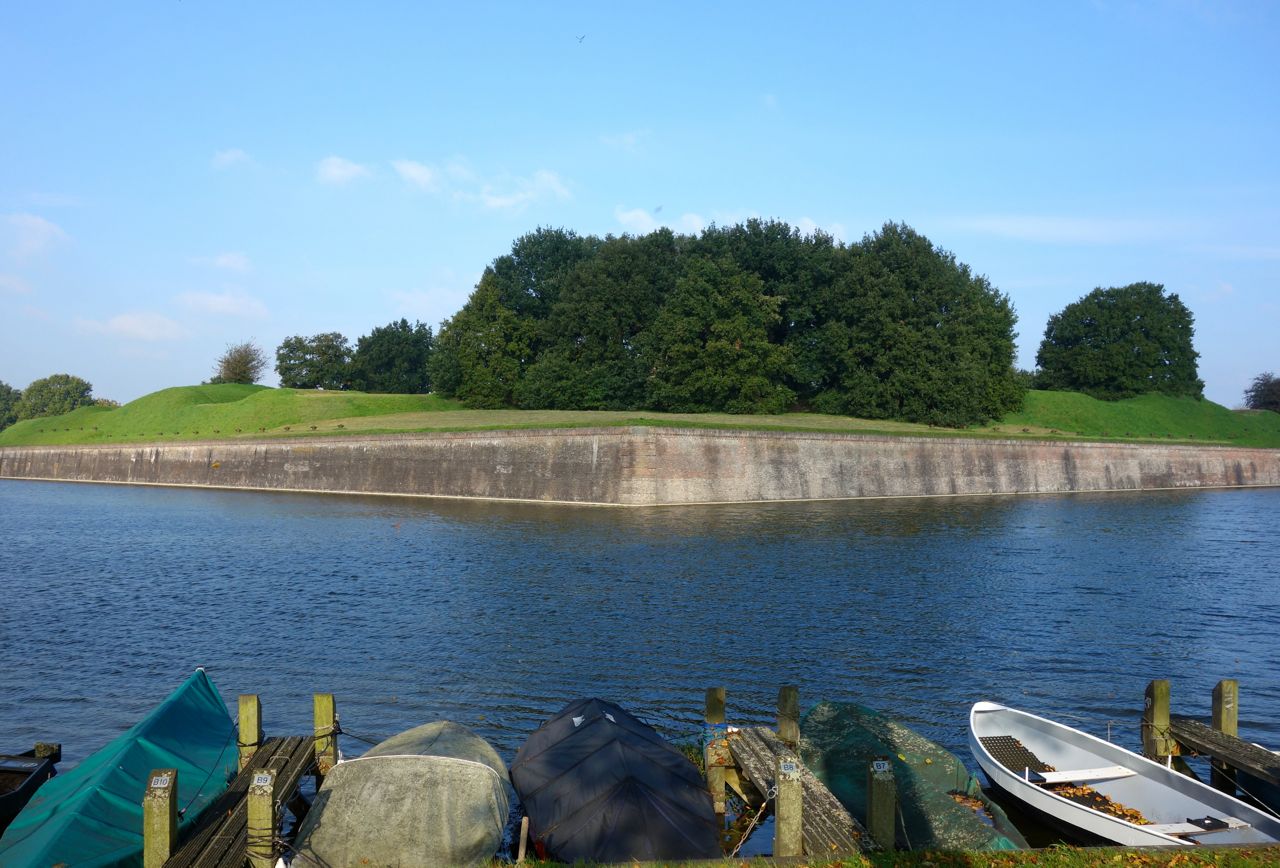 Star-shaped forts may never come up as a conversation topic at a party.

I may never have the opportunity to share what I’ve learned about the “treasure” I discovered.  That’s okay, it’s not really that important now anyway.

What is important is being open to being inspired, finding your muse in whatever form tickles your imagination.

Get curious.  Daydream.  Follow the path you uncover on your road map in your own adventure, or at least seek your own star-shaped fort.